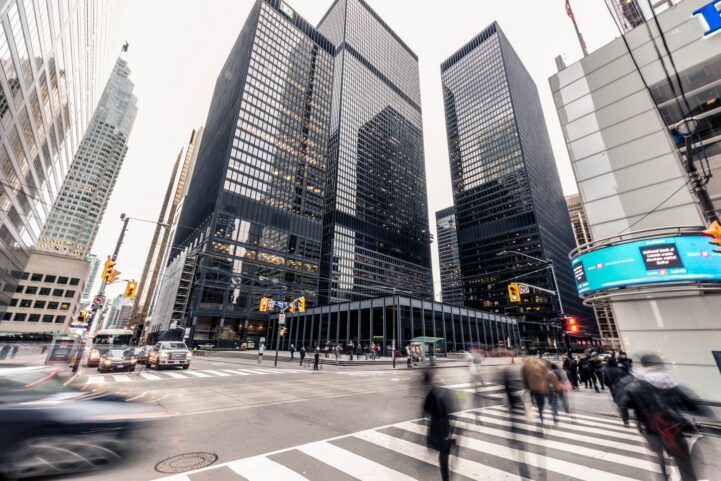 Canadian households are showing signs they’re tapped out. Bank of Canada (BoC) numbers show the balance of outstanding credit reached a record high in November. The record is overshadowed by the continued deceleration of growth, however. Households borrowed at one of the slowest paces in decades, with big drops in consumer and mortgage growth.

Canadian households set a new all-time record for the balance of household debt. Outstanding credit reached over $2.159 trillion in November, up 0.24% from the month before. This represents an increase of 3.24%, when compared to the same month last year. The total is a record, but the pace of growth has never fallen this low outside of recession.

The growth pace of household debt is rapidly tapering. The 3.24% we saw in November follows 18 consecutive months of deceleration. The most recent print is also 39.02% lower than the same month last year. Canadians have only seen household debt grow this low from 1982-1983, during a particularly rough recession. In case you haven’t noticed, we’re not in a recession, so it’s a little strange and worth watching very closely.

Most of the epic debt pile is *drumroll* mortgage debt! Canadian households owed over $1.539 trillion in November, up 0.27% from the month before. This represents a 3.2% increase, when compared to the same month last year. Once again, a record level of debt, but more important is the rapid taper of growth in this segment.

Mortgages are where the vast majority of the credit slowdown is occuring. The 3.2% is now the lowest number we’ve seen since April 2001, and it was only lower for the one month. The BoC cut rates shortly after, reversing course and sending growth higher. We have to go back to the early 1980s recession to find a period with more than one month of lower growth.

Dismissing the fall in credit growth as just a slowdown in home sales? You need to check out consumer credit. The outstanding balance reached $619.95 billion in November, up 0.18% from the month before. This represents a 3.33% increase when compared to the same month last year. Once again, record high – but the pace of growth is experiencing massive deceleration.

The pace of growth for consumer credit is stalling after rapid deceleration. The 3.33% growth in November is about a third lower than it was this time last year. It’s not a record low – the 12 month change is at a level we saw just two months before that. It is showing signs of deceleration though.

Credit growth is a leading indicator, so the rapid deceleration isn’t a great sign for the economy. People are dismissing the decline a just a drop in home sales, but it’s much more broad. Consumer credit is also falling, indicating households may be tapped out. That tends to happen when an economy sees debt grow faster than disposable income for years.