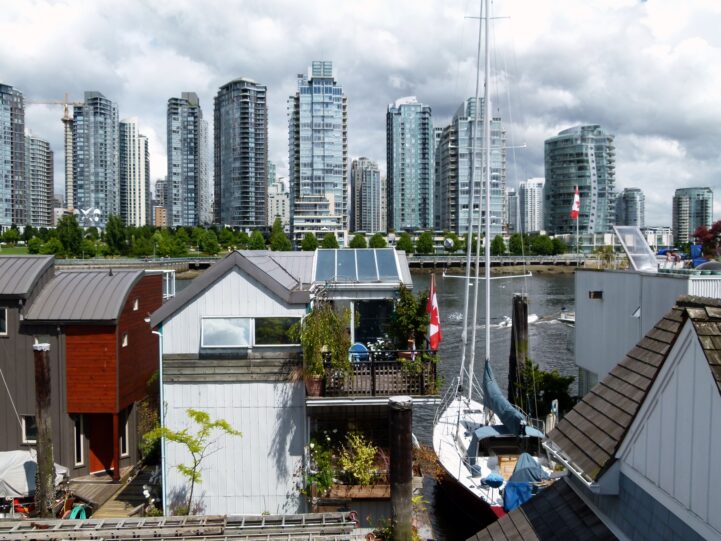 There’s been a ton of talk about high risk borrowers, but how are traditional borrowers doing across Canada? Bank of Canada (BoC) just updated Canadians on how low-ratio mortgage originations did in 2016. In their quarterly report on vulnerabilities and risks, they called out the growth of low-ratio mortgages. Well leveraged home buyers represent a significant portion of buyers, mitigating much of the risk for banks. However, they are increasingly taking out larger loans, and increasing amortization terms that present risks for real estate markets.

A low-ratio mortgage borrower is a Canadian term describing people that have a significant down payment when buying a home. Sometimes called a “traditional” mortgage, a minimum of 20% down is required. According to the BoC, they average a 30% downpayment right now. In theory, these are the least risky types of mortgage holders.

While that sounds good, the BoC has been taking notice of the risks associated. The first is after a 35% down payment, income documentation rules are in the BoC’s words “less stringent.” By less stringent, we’ve found banks that do no income verification. Not a huge problem since the likelihood of a home dropping by 35% is pretty slim, but they did point out some of the risks in the numbers below.

The average loan-to-income across Canada for low-ratio mortgages experienced minimal growth in 2016. Loan-to-income is exactly what is sounds like, the ratio of the amount borrowed on a mortgage compared to the amount of income your household makes. In 2014, this number was 271%. By 2015, this jumped to 292%, a 7.74% change. By 2016 it increased to 296%, a 1.36% change. This is generally good news since it appears that growth is topping. However, it should be noted this is across Canada – which means hot spots like Toronto and Vancouver are weighed down by markets you’ve probably never heard of.

Low-Ratio Average Loan-To-Income Above 450% Is Growing

The BoC is rightfully concerned about this segment for two reasons, the size of loan and the documentation of income. When your loan-to-income is above 450%, doubts already exist about your ability to keep up with the payments. When they’re low-ratio mortgages, there’s also a good chance that income wasn’t “stringently” verified. In the event that the borrower has a significant change to income, or change in ability to withdraw income from another country – they’re screwed. This represents minimal risk for the lender still, but threatens the equity of neighbouring homes in a widespread occurrence.

This might not seem like a bad thing, but low interest rates make this a potential problem. Mortgage rates are already at historic lows, so a return to normal can increase payments beyond the borrower’s ability to absorb. One tool to handle this is increasing the length of your mortgage, but your length of amortization may not exist in the future. An example is the 40 year mortgages that were briefly offered in 2009. If you needed to re-finance for another 40 years you couldn’t. You would have to take a shorter amortization, increasing your payments dramatically. In this case, the “less stringently” documented borrower may or may not be able to handle their payments.

The risk associated with these types of loans are likely concentrated to overheated markets like Toronto and Vancouver. They also don’t present a major concern to banks, since there’s a significant cushion on the down payment. The concern is entirely on homeowners, and any clustered neighbourhoods they may be in. Low-ratio borrowers typically haven’t been thought of as a concern, so it’s interesting to see that the BoC has turned their attention to them.