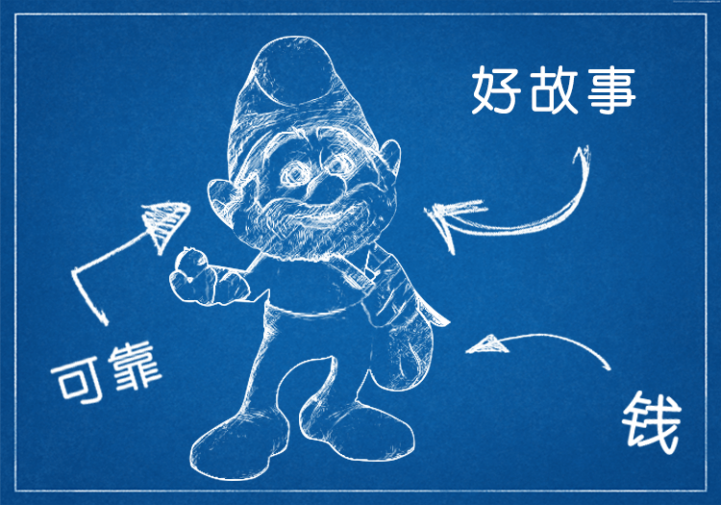 One of the banking industry’s biggest secrets is one that typically only drug dealers, terrorists, and people evading capital controls ever use – smurfing. Smurfing, sometimes known as structuring, is the process of breaking down money into small amounts to avoid regulatory scrutiny, before transferring said money to a safe haven. Unfortunately, there’s a good chance Vancouver and Toronto’s real estate markets are getting caught in the middle of this, and there’s mounting evidence the big 5 banks are knowingly assisting.

China has capital export limits that prohibit any individual from exporting more than US$50,000 per person, per year. Think about that for a minute. The benchmark price for a home in Vancouver is $1,513,800, which makes the minimum down payment $302,760 – roughly $228,409 Canadian dollars more than can be exported from China at today’s exchange rate. As shocking as that is, it became mind blowing when National Bank’s Peter Routledge estimated that 33% of Vancouver’s homes are being sold to foreign buyers from China – which would require an awful lot of smurfs.

What Does My Bank Have To Do With It

The first thing you need to know is that smurfing can’t happen without a lot of people opening a lot of bank accounts. In 2014 a little light was shed when a wrongful dismissal suit (Ogden v. CIBC) went to the BC Supreme Court. The details of the case read like a drama, but this jewel of information was said in passing “a CIBC client wanted to send $150,000 from China to Canada, the money had to come from three accounts belonging to three different account holders in China and be transferred to three separate accounts belonging to three separate account holders in Canada.”

Fun fact, Ogden was awesome at bringing foreign money into Canada, bringing in an estimated “$60,000,000” in Canadian mortgages for overseas investors at her branch.

So while Canadian banks aren’t breaking any laws, they aren’t exactly following all of China’s laws either. When a Chinese investor want a mortgage in Canada, some bank employees will explain that in order to get around the Chinese export laws, they will need to find several people, and have them each open a Canadian bank account. Each one of them will then receive up to a USD$50,000 wire transfer from a smurf in China. Once a sufficient amount of money has been exported from China via the smurfs, the money from each account is amalgamated into the investor’s Canadian account. This is a loophole that allows Chinese money to flow into the Canadian real estate market in a short time, while not technically breaking any laws in Canada. Here’s another great quote pulled from the trial transcript:

“each individual was restricted to transferring no more than $50,000 USD abroad annually out of China. Working around these regulations was a challenge and a complicated process, but it was a practice CIBC supported.”
— Ogden v. CIBC:164

An interesting narrative that’s being told is that Canadian real estate is a great investment, which is why it’s attracting so many investors to Vancouver and Toronto. Turns out when you look at the yuan value of homes in Toronto over the past 5 years, the average real estate investor would have realized a loss of 1.82%. That’s right, a loss. This excludes closing costs and mortgage interest, which would have made it even worse.

So just how much money?

Capital fleeing China has been an accelerating problem, with an estimated $504 billion in the second half of 2015. Goldman Sachs revealed in a research note on Monday that by their estimate, 70% of the net outflows were from individuals buying foreign assets like real estate. This has been showing up most notably in markets like Vancouver, Sydney, and London. Goldman further revealed that the first quarter showed an estimated $123 billion fled, up almost 13% from the year before. So while the market may appear to be crazy right now, it might actually get crazier in the second half.

It’s important to note that the originating capital in China likely isn’t from some nefarious source, they’re mostly just average millionaires seeking a lower tax jurisdiction for their money. Smurfing isn’t a problem for Canada if we’re just winning some sort of lottery where the wealthiest people in the world all of a sudden decided they want to actually live in the houses they are purchasing here. Afterall, the more the merrier!

However, if these investors are using our homes as a midway point to get their cash to an offshore haven, they’re really just inflating our home prices – making it harder for Canadians to purchase homes. These inflated homes would then have to be passed person to person in what Marc Cohodes explained earlier this week, is “a Ponzi”.

Canadians who have purchased homes at inflated prices might be in an even worse situation if China decides to crack down on export laws, stopping the inflow of money to our real estate market. If this happens it will force fire sales and foreclosures, sending inventory skyrocketing. This will leave a large number of Canadians carrying mortgages on overpriced homes. If you’re thinking the foreign investors are just as likely to lose money as you are, you might want to revisit that thoguht. Our banks can seamlessly move the money from Canada to one of their offshore branches like TD Bermuda, CIBC First Caribbean, BMO Cayman, Scotiabank Cayman Islands, and RBC Cayman.

Open immigration is one of the things that makes Canada a great place to live, just ask our founder who’s family immigrated here not all that long ago. In fact, Toronto and Vancouver are vibrant multi-cultural cities because of our liberal immigration policies. The majority of people immigrating here are likely moving here for legitimate purposes… but there’s 10,800 empty homes in Vancouver that might indicate we have a bit of a smurfing problem.