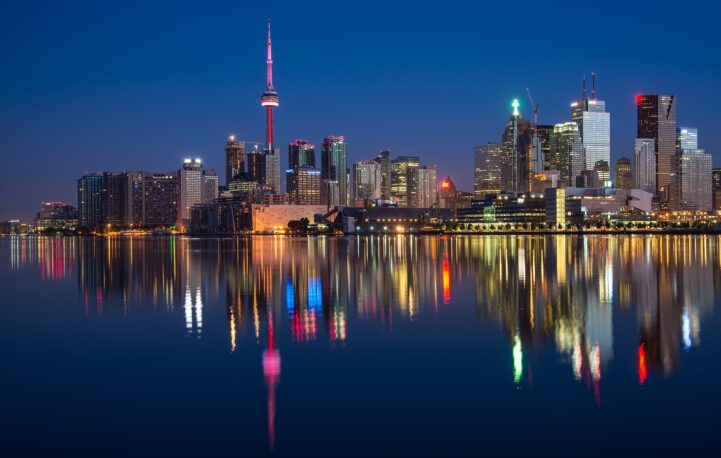 Canadian real estate prices slipped for another month in a row. Numbers from the Teranet, the operator of multiple provincial land registries, shows a third consecutive decline for urban home prices in November. Most of the decline in the index was due the largest component, Toronto, which printed another substantial loss.

The Teranet-National Bank 11 City Composite saw another monthly decline. Prices dropped 0.47% in November, but still remain 9.19% higher than the same month last year. Prices are down 2.22% from peak home prices, which was achieved in August 2017. This is the third consecutive decline for the national composite, due largely to declines in Toronto – the largest component of the index.

Speaking of Toronto, prices slid once again in November. Prices declined 1.42% in November, but still remain 10.65% higher than the same month last year. Home prices are still down 7.14% from the peak of prices, which was hit in July 2017. Toronto received it’s fourth consecutive decline in home prices according to Teranet.

Vancouver real estate another all-time high, but the growth was much more conservative. Home prices saw just a 0.04% increase in November, making prices 13.54% higher than the same month last year. The city’s real estate market is currently at peak, following its sixth consecutive rise in row.

Montreal Real Estate Makes The Biggest Jump In The Country

Montreal real estate saw the largest climb of any city in the urban index. Home prices rose 1.04% in November, and are now up 6.71% compared to the same month last year. The city is currently at an all-time high, following a third consecutive price increase.

Calgary real estate made a solid jump in November, making the third highest increase in the composite. Prices rose 0.7%, bringing prices 1.82% higher than the same time last year. Home prices still remain 2.16% below peak prices, which was hit in October 2014. Yes, if you bought in October 2014 in Calgary, you’re still below purchase price. Although it’s getting pretty close to positive territory.

Worth noting that some argue that Teranet data lags the market, but it’s highly accurate. Teranet uses the land registry, which includes all completed sales. This is opposed to real estate board data, whose monthly reports include sales processed through the MLS that month. One’s not better than the other, but they are different – so it’s worth adding both points to your analysis arsenal.