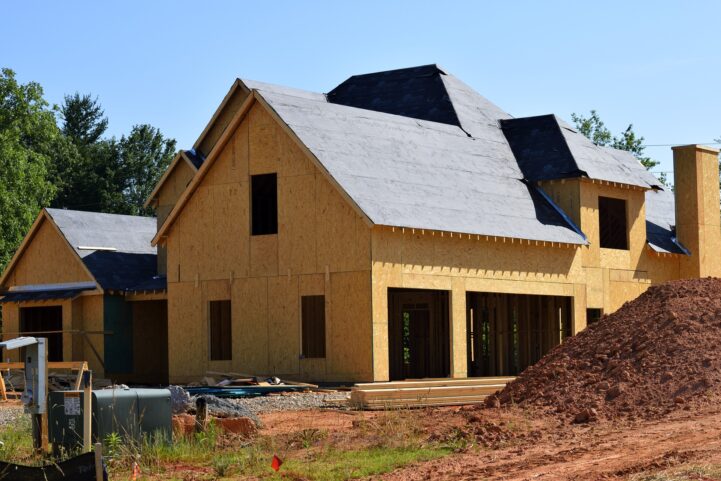 The price of new homes is quickly diverging in Canada and the US. Data from the Canadian Housing and Mortgage Corporation (CMHC) show that new homes are selling for substantially more than the same time last year. Meanwhile south of the border, data from the US Bureau of Census show that new home prices are on the decline. This has lead to an even wider gap between the average price of a new home in Canada and the US.

The price of a new home across Canada is up for the second month in a row. The average sale price in April was CA$751,881 (US$559,123). This represents an 11% increase from the same time last year, when measured in Canadian dollars. When compared in US dollars, that increase drops to a much more conservative 2.64%. Even after factoring in the loonie’s decreased buying power in Canada, new home prices still climbed.

US New Construction Is Lower

American new home builders aren’t seeing such steep climbs in sale prices. Actually, they aren’t seeing climbs at all. The average price of a new home in the US was CA$495,271 (US$368,300). This represents a 3% decline from the same time last year, when measured in US dollars. In Canadian dollars, this was a 0.49% decline from the same time last year. Both forms of measurement show declining home prices in the US, curious since their economy is in a much better state than Canada right now.

US Vs. Canadian Prices

The gap between new home sale prices in Canada and the US is growing substantially. The US is a country with a booming economy, almost 10 times the population of Canada, and less land mass. Somehow, new home prices in the US are dropping compared to the same time last year. In sparsely populated Canada, prices are increasing – despite the precarious position of our economy.

Are Americans being overly cautious on homeownership, or are Canadians demonstrating irrational exuberance for homeownership, much like the US did in a pre-2006 America? Tell us your thoughts in the comments.