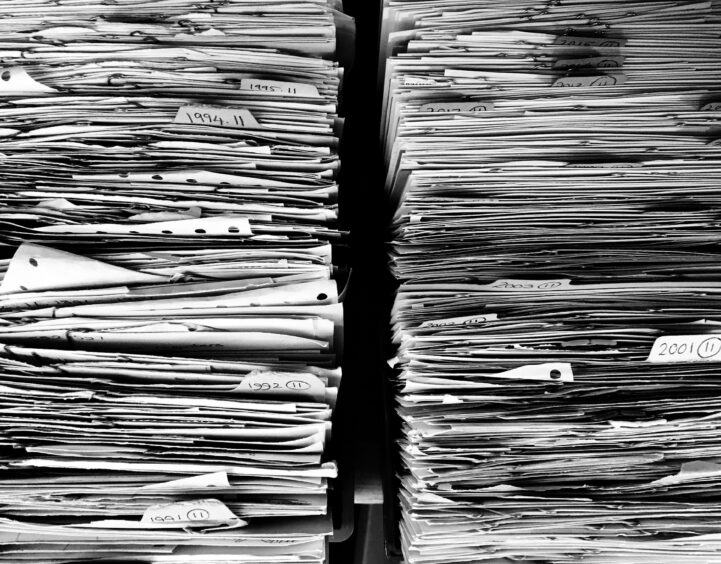 Most people aren’t aware of Canada’s shadow real estate market. These are off market sales, that don’t notify the government in any capacity. I thought it was a small market. That is, until a provincial party leader explained their concern regarding the potential impact on tax revenue to me. Turns out, some provinces suspect an increasing number of people are turning to these types of transactions in speculative markets. This got me thinking, if they aren’t paying land transfer taxes, can this be used to dodge a foreign buyer tax as well? It sure can, and here’s how you would do it.

The Least You Need To Know

There’s not a lot you need to do this, but you will need to know what a shell corporation is. Shell corporations are legal entities that can sign contracts, and act like real people – but it’s unclear who the beneficial owner might be. A beneficial owner, for those that don’t know, is pretty much what it sounds like. This is the person that ultimately benefits from the actions of the shell company. You’re probably wondering why the fudge do these exist? Afterall, Transparency International makes it seem like they’re only for money launderers.

There’s legitimate uses for a shell corporation in the corporate world. Sometimes a big company wants to hide that it’s doing research at an unknown subsidiary. Without alerting it’s competitors, they can setup a shell corp, and make it seem like they’re running a tiny startup. A corporate raider might want to buy 10% of a company to steal a board seat, but doesn’t want people to know they’re doing it. Instead of having to pay a big buyer (a.k.a whale) premium, they could set up 100 companies that slowly acquire 0.1% each. Then do a whole lot of merging. Point is, powerful people use these, so they’re not going anywhere.

How A Non-Resident Speculator Tax Works

Knowing how the non-resident speculator tax (a.k.a. a foreign buyer tax) works is also helpful in understanding this gap. When a non-resident buys property either by themselves, or through a foreign company, they get hit with a tax in Toronto and Vancouver. This tax goes into effect on the transfer of property, and is tagged onto the land transfer. Any time a there’s a land title change, you need to notify the registry, and can be hit with an additional tax. The land-transfer is obviously the weakness here.

The Exploit Is So Simple, It Almost Looks Intentional

Real estate held in corporations, are property of the corporation. Executives of the company don’t technically own the property, the company does. When a corporation is bought or sold, there isn’t necessarily a change in title on the assets owned. This is particularly true with a shell company. Simply putting property in a company’s name, and selling the company instead of the land, might be enough to avoid a foreign buyer’s tax. That was way too easy, so I had to check in with the provinces.

BC Ministry of Finance Response

First stop, the BC Ministry of Finance (BC MoF), which oversees land transfers. A BC MoF employee explained they are only notified when there is a change of title. If a company is sold holding property, it wouldn’t necessarily show up on their radar. That is, unless there was a change to the title itself. They weren’t 100% sure this was considered avoidance either. As far as they know, it’s never happened. They also said “hypothetical situations” like this are also difficult to come up with an answer. If you want a definitive answer, you should get an advanced tax ruling. It sounds like the risk for getting caught here is slim to nil.

Funny enough, I came across a quote from a BC politician mentioning this to a small local news outlet, Richmond News. B.C. Green Party leader, Andrew Weaver, was discussing speculation of Agricultural Land Reserves (ALR). In passing he mentions that bare trusts and numbered companies can be used to mask beneficial ownership. This in turn can be used to avoid property transfer taxes, which is where you would normally be hit with the foreign buyer tax. So apparently the government is aware there’s an issue.

Note: Before you ask, no. Weaver was not the person that brought up transfer issues with me.

Checking in with the Ontario government didn’t yield different results. Ontario is a little better with back and forth, so they sent it to a policy analyst before getting back to me. Turns out it’s pretty much the same thing, they would only be notified if there’s a change of title. If the company changes hands, and there’s no need to change the title, they would not be notified. They also brought up that “hypothetical scenarios” are hard to give definitive answers. Basically, they would have no idea whether this is happening or not, because you know… they wouldn’t be notified.

How Many People Are Doing This?

Due to the way these transfers are done, there’s no real way to tell how many people are doing this. In Vancouver, Transparency International determined there is significant use of shell companies for holding luxury properties. In their sample data, they found that 25% of luxury property records analyzed were held in Canadian shell companies. Oh yeah, another 4% were held in offshore shell companies. Now this doesn’t mean any of the properties they found participated in this sort of trade. It would just be smart of their buyers to utilize this sort of structure to avoid transfer and foreign buyer taxes. Don’t act like you wouldn’t.

In Toronto, I suspect it isn’t happening nearly as much. Despite what people think, Toronto real estate isn’t nearly as sought after as Vancouver real estate. It just doesn’t have the same history of being used as an informal investment market in Asia. It does have a lot of locals with deep pockets, an unwavering belief that the city is the best city in the world, and 48,000 real estate agents however. Which means pretty easy picking for speculators. That said, the original land transfer tax avoidance conversation was in reference to Toronto, so it’s definitely happening there. It’s just not clear if these are domestic or international players.

Much like Bill Morneau, I’m a believer that free market solutions are the best way to deal with issues. However, I’m not a fan of exploiting loopholes that impact an essential need like housing. By democratizing data and information, the competitive edge can be eliminated. If everyone is using a “loophole,” it’s not a loophole – it’s the way things are. The way things are tend to change a little quicker than debates on whether or not a loophole is being exploited.

If you feel bad about using techniques like this, don’t – you’re Canadian. Exploiting legal tax loopholes are something our country’s leaders have been apparently doing for generations. Happy avoiding!

Disclaimer: This is provided as a starting point on your quest to ruin your neighbourhood, and is not bulletproof legal advice. You should consult a legal expert if you’re going to do such a crappy thing. I suspect that if the government isn’t quite sure if this is considered an avoidance measure, your lawyer will be able to argue the tax isn’t enforceable in this case. If this is too sketchy for you, you can always just start a mortgage investment corporation and sling investments overseas. That seems to be working out for a lot of people.