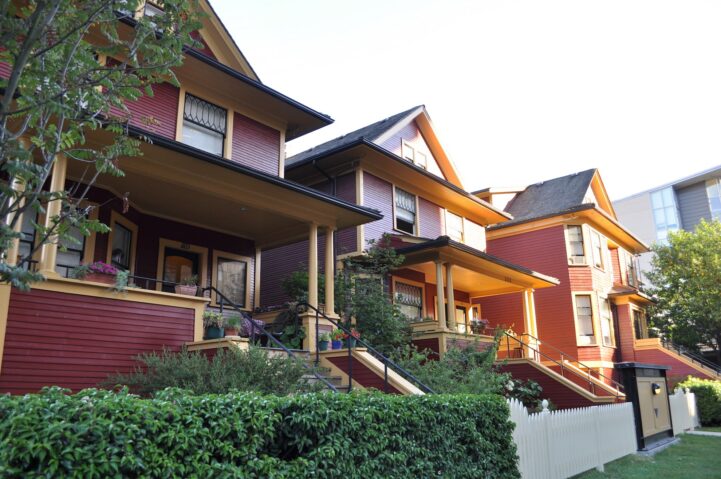 The Vancouver detached real estate market resumed price growth deceleration. Using the average sale price from the Real Estate Board of Greater Vancouver (REBGV), we can see that detached homes are starting to see slower growth. The pace of this decelleration will determine if it’s a quick blip on everyone’s radar, or a prolonged multi-year nightmare.

Average dollars might not be a useful indicator to figure out how much you’ll pay for a home, but it’s a great indicator of distribution of dollars. Wealthier clients tend to move the market, so when the average moves higher – more expensive homes are being sold. This is a strong indicator that the wealthiest people in the market are still pushing it higher. When average dollars decline, it doesn’t necessarily mean prices are lower. However, it does show that higher priced homes aren’t selling in significant volume.

I know what you’re thinking, what the f**k does this have to do with anything? Real estate markets tend to move in ripples, especially when it comes to resales. If high-end homes aren’t selling, it means mid-priced homeowners aren’t upgrading. If they aren’t upgrading, low-priced homeowners don’t have a place to move. If no one’s moving, expect more competitive pricing. More competitive pricing is real estate industry slang for prices dropping. So average prices do have a use – tracking price acceleration and deceleration.

In June, we saw the average detached price decline once again. June 2017 saw an average detached sale price of $1,713,226, 4.7% lower than the same time one year before. Starting in January 2017, the 1 year change in average price started declining. May 2017 saw a single month hit positive, but the numbers are generally trending lower. The big question is, how severe or long will it trend into negative territory? You’re probably looking at that chart, and have no idea what to take away from it. While it can be interpreted in a few ways, here’s what I see.

Most real estate agents and homeowners don’t want to see a crash, but that might actually be the better option for the market. Using inflation adjusted numbers, let’s look at the February 2008 peak of $1,057,722. Prices experienced a technical crash, dropping to $856,826 in November 2008 – an 18.9% decline. That big of a drop in just 9 months sounds bad, but the inflation adjusted numbers recovered fairly fast. By November 2009, the average price surpassed November 2008. Relatively painless, since anyone that’s not making a purely speculative buy will hang on to a property for longer than 9 months.

To contrast the pain of a prolonged minor correction, let’s look at the February 1995 peak. That month, prices peaked at $652,000. The relatively minor declines basically continued for years. It wasn’t until February 1999 that prices bottomed at an inflation adjusted $479,167, 26% lower. It wasn’t until April 2004 that prices surpassed the February 1995 peak. That’s 9 years your money basically just grew at inflation. If you’re a homeowner or agent, that’s a lot worse than the 9 months of lower prices in my opinion.

Downtrends are a natural part of the real estate cycle, so failing to acknowledge their existence is just dumb. Large price growth needs to be balanced with a downtrend before resuming it’s upcycle. While it’s too soon to tell if this is a downcycle, at some point the market will need to experience one. It sounds a little sinister to want a crash to come, but in actuality the people that are cheering on a crash might actually be cheering on short-term pain.