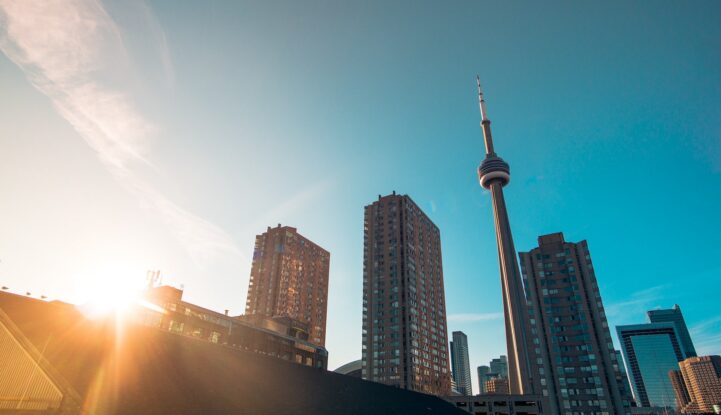 Toronto real estate sales are almost back to last year’s levels, but that isn’t helping prices. Toronto Regional Real Estate Board (TRREB) data shows June sales volumes were down just a few points from last year. The increase in sales wasn’t enough to stop prices from slipping lower though. This is the second consecutive month prices have slipped since the pandemic began.

Despite a relatively busy market, price growth is slowing very quickly. Both TRREB’s 8.17%, and the City of Toronto’s 7.66% year-over-year increases in June are smaller than the month before. The rate of growth is still very high, but has been dropping fast since the pandemic started.

The average sale price ripped higher, as buying behavior shifted to more expensive segments. TRREB’s average sale price reached $930,869 in June, up 11.9% from the same month last year. The City of Toronto benchmark reached $1,022,138, up 11.65% from last year. Cheaper segments like condos plummeted in volume, while suburban detached homes climbed to make up most of the difference.

Greater Toronto real estate sales are lower, but are much weaker in the city. TRREB reported 8,701 home sales in June, down just 1.4% from the same month last year. The City of Toronto represented just 2,830 of those sales, down 11.59% over the same period. Last year’s sales volumes were weak compared to historical standards. However, there wasn’t a pandemic last year, so this is impressive volume. As previously stated, most of the ground in the sales surge came from the 905.

The total home sales across TREB by year, for the month of June.

The total of active home listings across TREB by year, for the month of June.

The Greater Toronto real estate market is still tight in terms of inventory. Sales are back to nearly last year’s levels, which weren’t particularly impressive, but not a pandemic month either. The CMHC had previously forecasted prices would fall later this year, as more sellers came to market. June saw new listings rise higher than last year’s levels, especially in the City. This growth in sellers is likely behind the dip in prices, a dynamic most forecasts predicted we would see.