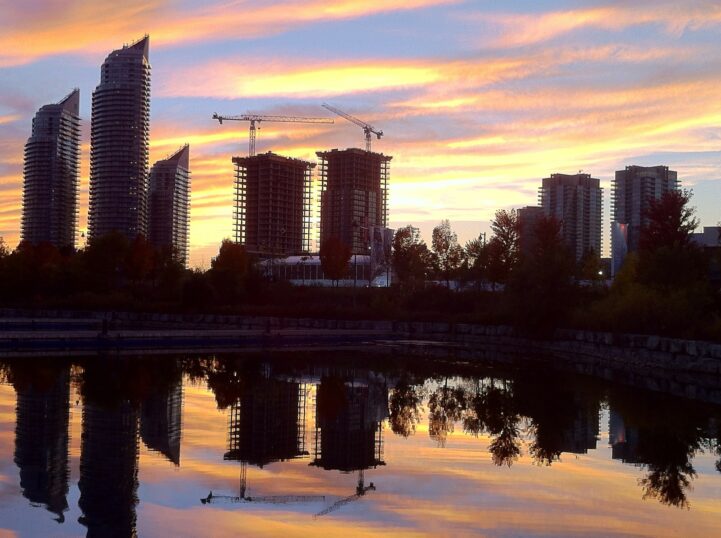 Toronto real estate has been cooling down, but it’s hard to tell how much without some context. Numbers from the Canadian Real Estate Association (CREA) give us that, showing how it compares to the rest of Canada. Toronto is seeing the largest decline in sales to new listings in the country, as sales struggle to keep up with the city’s huge inventory growth.

In the grand scheme of things, the number of new listings aren’t as important as the number that are sold. To give that number better context, we’ll look at the sales to new listings ratio. It’s a Canadian real estate term, that serves as a proxy for absorption.

It sounds fancy, but it’s not. It’s just the ratio of sales compared to the number of listings. It helps to give an idea of how much inventory will carry over to the next month. The lower it is, the more inventory gets carried over. More inventory usually provides less pricing pressure, which is better for buyers. The higher it is, the less inventory gets carried over. This provides more pricing pressure, which is better for sellers. The closer it gets to 50%, the more balanced the market is.

Toronto Sales To New Listings Dropped The Most In Canada

Toronto is seeing the largest decline in sales to new listings ratio across Canada. The current year-to-date ratio is 52.8%, an 18.1% decline from the same time last year. That puts the city pretty close to a perfectly balanced market – if it can stay there. You won’t see more balanced pricing if the ratio makes a temporary stop on the way lower. Ditto if it just bounces back up again.

The only other region close to this decline is Hamilton-Burlington. Hamilton-Burlington has a sales-to-listings ratio of 69.2% year-to-date. This is a 13.6% decline from the same time last year, and the second largest decline in Canada. The number remains very high, but it’s been dropping fast.

Toronto is coming off of a low for inventory, so numbers are expected to grow. Growth this quickly however, with stagnating sales may soften prices. Over the next few months, expect the market to find better footing, as people play the game of price discovery.