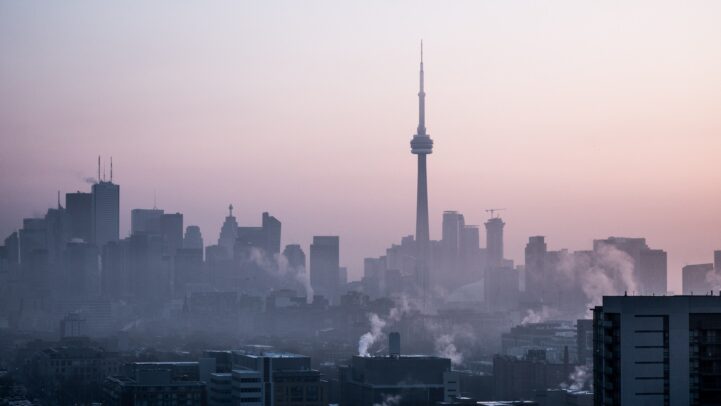 Greater Toronto is seeing the fewest new real estate sales for October in over half a decade. Altus numbers, obtained from BILD, show sales made a huge nose dive in October. The sales decline resulted in higher inventory, and mixed price movements.

Greater Toronto is a seeing new home prices diverge, depending on the type. The benchmark price of a detached home reached $1,115,284 in October, down 8.4% compared to the same month last year. The price of a condo apartment reached $775,537, up 14.5% from last year. A similar divergence is being made with resale numbers, but not nearly as large.

Greater Toronto new home sales are falling across the board. There were 3,296 new home sales in October, down 39.85% from the year before. Condo apartments represented 2,805 of those sales, down 43.77% from last year. Sales haven’t been this slow since October 2012.

The City of Toronto is seeing those numbers fall even faster. The City represented 2,207 of the new home sales, down 46.34% from last year. Condo apartments represented 2,133 of those sales, down 47.78% from last year. Weak sales numbers for detached homes are expected, since it’s likely due to inventory. You probably haven’t seen a whole lot of detached homes under construction in the city. Condos on the other hand…

The decline in sales wasn’t related to a lack of inventory. There were 16,283 units for sale in October, up 30% from last year. Condo apartments represented 10,982 of those units, up 17.98% from last year. For reference, inventory includes pre-construction units, projects under construction, as well as completed units that are move-in ready.

The sales to active listings ratio (SALR) has fallen significantly. The ratio in October 2018 is 20%, down from 43% last year. This takes us down to a three year low for the October ratio, on the cusp of balanced. Generally speaking, analysts believe a SALR between 12 and 20 is balanced. Anything below 12, and it’s a buyer’s market. That’s when price growth turns negative, and buyers can demand more concessions. Anything above 20, and it’s a seller’s market. That’s when price growth turns positive, and seller’s can demand more concessions. Exercise caution with fast moving ratios, since they can just be making a stop over in a market before turning.

Toronto’s falling sales and higher inventory isn’t a great sign, but it’s not all that bad right now. Sales are just below the ten year average, and inventory is still under 2015’s number. That said, the rapid decline in prices for detached homes, and frothy gains in condos is a concern. Large price gains are typically followed with losses, to balance the ratio back to normal. This becomes more likely as builders hold onto more inventory.