Toronto detached real estate prices are getting hammered, with benchmarks dropping over $100,000 from just last month. 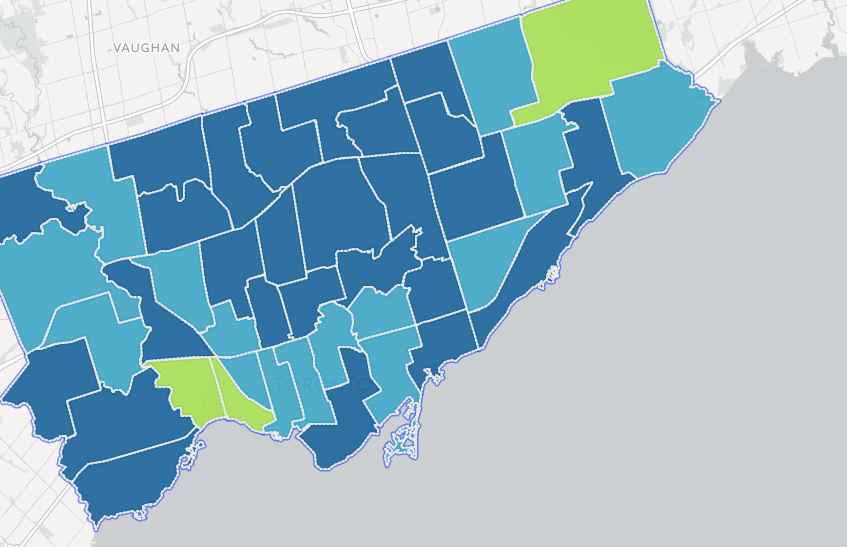 Toronto’s detached market is getting hammered. Numbers from the Toronto Real Estate Board (TREB) show cooling prices. This is being accompanied by lower sales, and higher inventory – especially in the City of Toronto proper.

Detached Sales Are Down Over 41%

New Listings Are Up 85% In The City of Toronto

Declining sales and a spike in 416 sellers led to more detached inventory. TREB saw 5,697 new listings, a 1.82% increase from last year. The City of Toronto saw 989 of the new listings however, an 85% increase from the year before.

Active listings, the number of listings still for sale at month end, also increased. The month ended with 9,215 active listings for detached units, a 117% increase from the same time last year. The City of Toronto proper had 1,584 of those activing listings for detached homes, up 220% from last year. Inventory across TREB is high, but this trend is even stronger in the City of Toronto.

Timing the market is extremely difficult, so recent buyers of detached homes probably shouldn’t worry too much. Speculators however, are going to have a tough time getting out of this one. Declining sales and higher inventory levels could lead to lower asking prices. On the upside, ask prices are pretty close to sale prices these days.