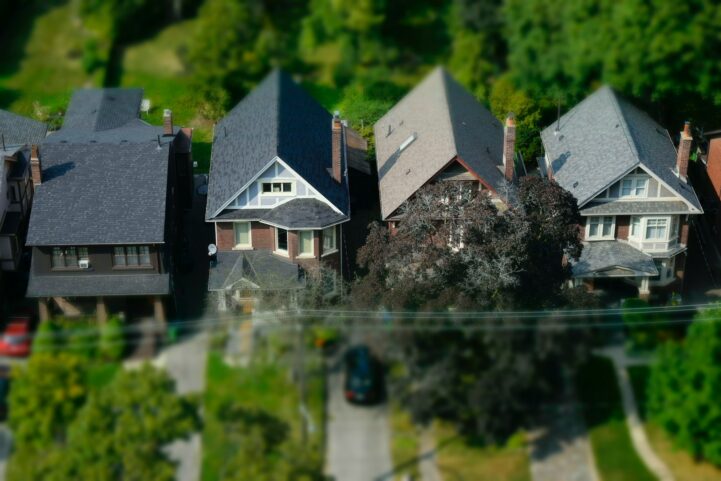 Last year, many Toronto real estate owners were watching their houses make more than them. This year? Not so much. Toronto Real Estate Board (TREB) numbers show detached home prices are down thousands of dollars in April. The detached price declines also appear to be accelerating, as sales continue to drop and inventory rises.

The benchmark price of a detached home made a seasonal climb, but is still down bigly from last year. TREB reported the benchmark detached is now $927,800, down 10.34% compared to last year. The City of Toronto benchmark detached reached $1,109,700, down 9.55% from the year before. Decades of price climbs, and a few months of declines won’t shake too many existing homeowners. Those that bought at peak last year, expecting a quick flip, are learning an expensive lesson.

The declines add up to some serious damage if you were planning on selling soon. According to TREB’s calculations, a typical detached owner would have lost $114,300 from last year. In the City of Toronto, a typical detached buyer would be down $116,600. Of course, the same paper gain rules apply to losses – you don’t actually realize them unless you sell. Although it’s worth noting that the benchmark declines are currently accelerating.

The median price, a more common measure used by international buyers, also shows a drop. The median sale price across TREB was $870,000 in April, a 12.99% decline from the year before. The City of Toronto saw a median sale price of $1,080,000, a 15.95% decline compared to the year before. Remember, median prices are not an indicator of what you’ll pay, but a better indicator of dollar flow.

Average Sale Price of A Detached Home Is Down Over 14%

Toronto Detached Real Estate Sales Are Down Over 38%

New listings of detached real estate are declining across the Greater Toronto Area. TREB reported 8,578 new listings in April, a 27.69% decline from last year. The City of Toronto saw 1,811 of those new listings, a 29.39% decline compared to last year. The sales-to-new listings ratio (SNLR), a common way of determining how hot a market, is now at 40% for detached units. That would make it the worst SNLR for an April, in at least five years. CREA classifies a market this low on the border of a “balanced” and “buyers” market.

Despite the drop in new listings, inventory levels continued to rise. Active listings, those that remained for sale at month end, climbed closer to historic levels. TREB reported 10,956 active detached listings, a 46.9% increase compared to last year. The City of Toronto represented 1,909 of those active listings, an 18.94% increase compared to last year. Any rise in active listings while sales drops is generally not great for pushing prices higher. That said, detached inventory is growing faster in the suburbs than the city.

There’s two thoughts on declines in the segments, both hinging on credit. CMHC analysts believe that mortgage stress tests pushed buyers towards lower priced units. This has sent buyers towards cheaper condos (and sending their overvaluation model soaring). There’s also the belief that credit exhaustion has taken place. In the event of the latter, the market won’t be rebooted without a period of technical correction. Despite the perception that Toronto real estate is a terrible market, only detached units are in a correction.