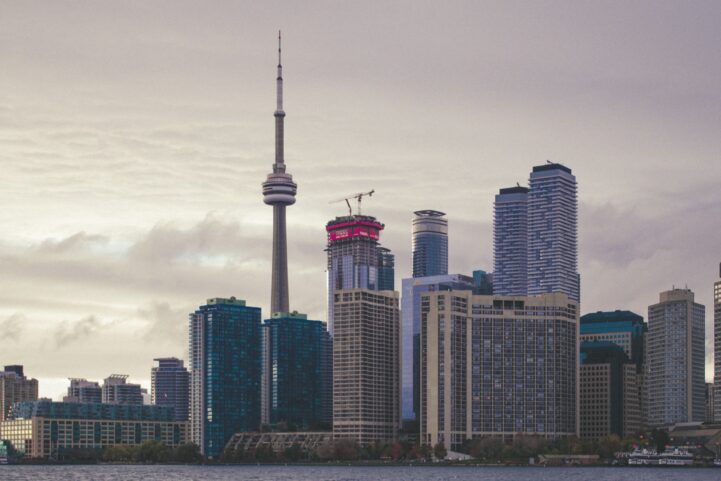 Greater Toronto’s condo mania is subsiding, deflating some of the pressure on prices. Toronto Real Estate Board (TREB) numbers show the price of a typical condo made an abrupt decline in January. Even with the decline, price are still much higher than last year. The month also saw the fewest sales in years, accompanied by climbing inventory.

Toronto Condo Prices Are Up Over 8% From Last Year

Toronto condo prices made a monthly move last month worth mentioning. The typical condo price dropped $2,800 across TREB, and declined $3,100 in the City of Toronto. This is the largest monthly drop since July 2017 and August 2017, respectively. Before your agent says “it’s the season,” the benchmark is seasonally adjusted. The decline is also much larger than we’ve seen recently.

The median sale price of a condo reflected a similar trend. TREB reported a median sale price of $485,000 in January, up 7.77% from last year. The City of Toronto came in at $529,900, up 8.14% from last year. An interesting statistical phenomenon occurred here – the TREB median was the same for 2 months. That means half of condos sold above that price, and half sold below… two month in a row. This follows a similar lack of movement from September to November as well.

Toronto condo sales are falling back to pre-frenzy levels. TREB reported 1,238 sales in January, down 2.4% from last year. The City of Toronto fell to 840 sales, down 6.3% from last year. This is the slowest January we’ve seen since 2015, before interest rates were last cut to avoid a recession.

Total inventory is swelling higher than it has been for awhile. TREB reported 2,657 active listings in January, up 2.54% from last year. The City of Toronto represented 1,738 of those listings, up 5.46% from last year. This is the highest level of inventory for January since 2016. Even with the rise, it still needs a pretty big boost to match 2016 levels.

Toronto’s condo market made huge price gains from last year, but sales are continuing to fall. That combined with rising inventory is continuing to cool the pace of gains. The thing that really stood out however was the monthly decline, which was so large it matched the impact of a policy change.