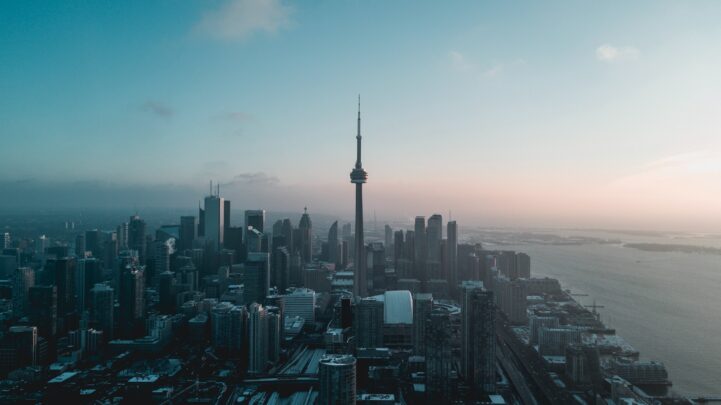 The Toronto condo market is seeing prices climb even higher these days. Toronto Real Estate Board (TREB) data shows the price of a typical condo apartment reached an all-time high in August. The rise in prices is being attributed to falling inventory, and climbing sales.

The price of a typical condo apartment edged to a new high last month. TREB reported the benchmark price of a condo hit $545,900 in August, up 7.97% from last year. The City of Toronto benchmark reached $576,300, up 8.01% from last year. Both numbers are at a new all-time high for the segment.

The rate of growth for the benchmark made a downtick, but is still very high. The 12-month increase of 7.97% is lower than the month before. However, this is only a month of growth deceleration, so it’s not a trend. The rate of growth is also still higher than anything seen in the years leading up to 2016 as well.

Toronto condo apartment sales are up, but significantly below the peak for sales a few years ago. TREB reported 2,067 condo sales in August, up 3.35% from the same month last year. The City of Toronto represents 1,410 of those sales, up 1.58% from the same month last year. Sales numbers for the month have grown for the past 3 years, but are still under where they were a few a years ago.

The number of condo apartments sold in the month of August, by year.

New listings of condo apartments for sales are falling, especially in the suburbs. TREB saw 2,741 new listings for condos in August, down 7.42% from last year. The City of Toronto represented 1,913 of those new listings, down 4.96% from last year. Both markets are getting tighter for sales, but the 905 is seeing new inventory drop faster.

Fewer new listings sent total condo apartment inventory plummeting for the month. TREB reported 3,095 active listings in August, down 13.83% compared to a year before. The City of Toronto represents 2,117 of those listings, down 8.23% from last year. Both Toronto and the suburbs are seeing inventory drop quickly, but it’s almost twice as fast in the 905.

Generally speaking, Toronto’s condo market saw lower inventory and higher sales. Falling inventory may have to do with sellers waiting for the first-time homebuyer incentive. The program launched this month, and is expected to create inflationary pressure. Combine this with higher sales, and prices are predictably growing at a very quick pace.