We take a look at cannabis dispensaries, how it effects housing prices in legal states, and how it might change Toronto’s real market. 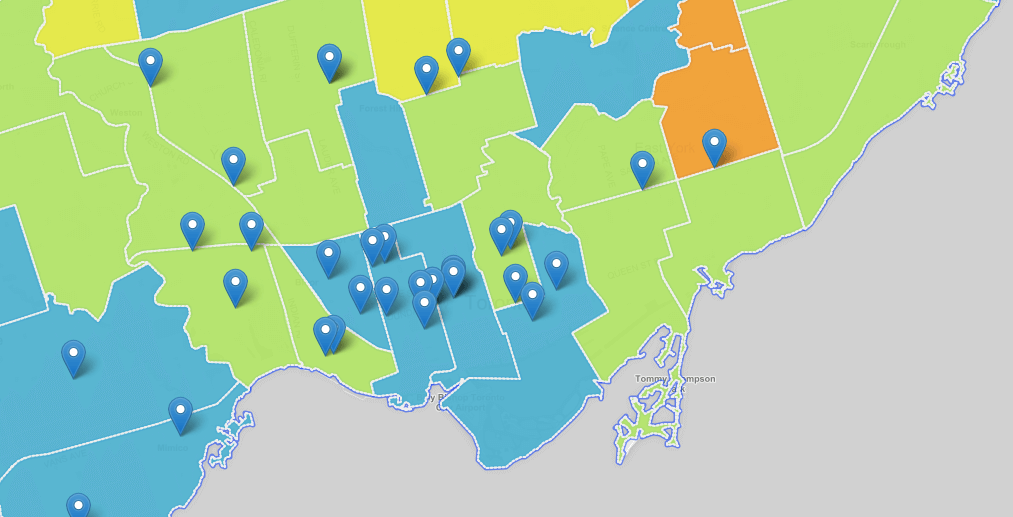 Toronto police recently raided a number of dispensaries citing claims of health concerns and “community complaints”, with one news outlet showing an interview of someone saying “who wants to live next to a dispensary?” That got us thinking, who does want to live next to cannabis dispensaries?

With most Toronto dispensaries having opened in the past 3 months (and operating in what they refer to as “grey area”) the scene is a little too new to determine if they will effect housing prices. But the idea that they might is intriguing, isn it? So we decided to look south of the border where dispensaries are operating legally and compare the outcome to see what Toronto could have in store. Turns out having a dispensary beside your house can actually be a very good thing.

According to US real estate site Trulia, prices have skyrocketed around cannabis dispensaries (or “clubs” as our American friends say). Boulder, CO – where weed is legal not just for medical purposes, but also recreational, has seen houses within 1 mile of a cannabis dispensary commanding 2 times the median asking price of neighborhoods without one. Turns out that’s also true of Denver, CO where being in a neighborhood with a dispensary gets 1.8x the median asking price. In Seattle, WA where the prices are 1.5x higher.

The map above shows the dispensaries that haven’t shuttered yet, their distribution across the city, and the percentage change of property prices last month compared to a year before. Despite not being the hottest neighborhoods on the map, they still beat the average of Canada’s other 12 major urban centers of 1.84% (that includes Vancouver’s 21.4% that skews it a little higher). It doesn’t appear that the average Canadian is deterred from living by one.

The current situation with dispensaries moving too fast, and laws moving too slow is unfortunate, but it will be interesting to see how the Toronto real estate market responds to it. So how do you feel about having a dispensary in your neighborhood?