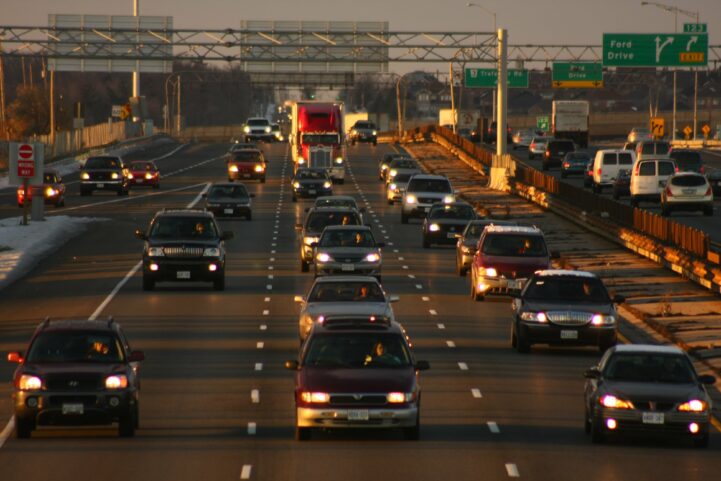 An affluent Toronto suburb is seeing prices drop, and it’s worth taking note. The Oakville-Milton area is west of Toronto, and is one of the most densely populated areas in Canada. Recently prices have been soaring in line with the city, but according to the Canadian Real Estate Association (CREA) there was a major shift in May. Last month the Oakville-Milton region saw the largest single month price drop in almost 9 years.

Who Cares About The Burbs?

I know, right? But there’s actually a really good reason to watch suburban prices if you’re trying to understand urban prices. In a scorching hot market like Toronto, anything you can drive to becomes a speculative play. When the market cools, professional real estate investors don’t just go to a beach and come back when the market starts to warm up again. Instead they do a flight to quality, which is often called a “Main and Main” strategy.

A Main and Main strategy is when they stop investment in the suburbs, and look for property in the most important districts (i.e. the intersection of two main streets). Consequently, price drops in the suburbs can be a first indicator of a changing urban market. In case you’re wondering why investors would buy anything at peak, it’s because it becomes one of the very few opportunities to nab strategic locations.

Composite Prices Dropped The Most In Almost 9 Years

The composite price of homes in the Oakville-Milton area showed a big month over month decline. The benchmark price fell to $760,100, a 3.09% decline from the month prior. This is the largest monthly decline since December 2008. This comes alongside declining sales, which dropped 43% from the same time last year. Prices are still up bigly from the same time last year, about 23.93%. Not even close to a real estate correction, but the large price drop is something to keep an eye on.

The detached market showed the largest declines. The benchmark detached fell to $817,800, a 4.73% decrease from the month prior. Detached prices are still 21.2% higher from the same time last year, so most buyers didn’t exactly lose any money. Worth mentioning that over 77% of detached homes sold last month were over $1 million. We said affluent, didn’t we?

Condos actually had a big month for price increases, bucking the trend. The benchmark price rose to $463,100, a 5.8% increase from the month prior. This represents a 35% rise from the same month last year. While you may not think of Oakville as a condo rich suburb, the rise in density is making it an increasingly popular option.

One month isn’t a trend, but it’s worth keeping an eye on the burbs to see if they send up early signs of a change in market direction. Maybe there’s still a ton of buyers stuck in traffic on their way there?