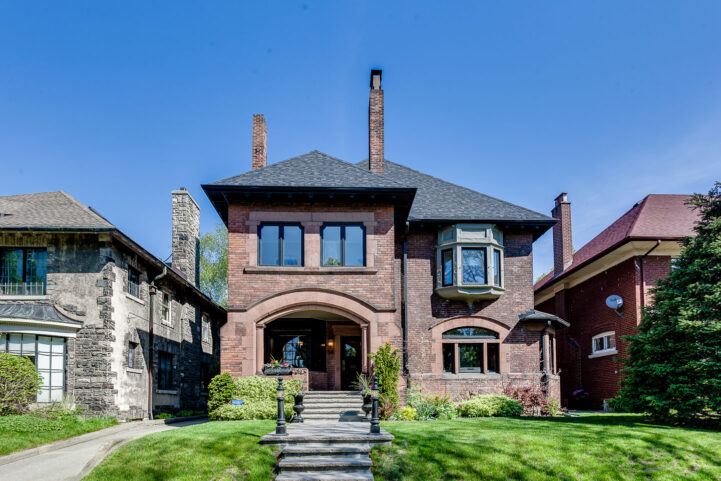 Only 5 doors from the John G. Howard (east) gates at High Park, 54 High Park Blvd is a massive home built in 1912 and has been beautifully maintained since. It’s currently listed with Monte Burris at $3,150,000 – a price slash from the $3,300,000 million it was first listed for almost a year ago. A year on the market seems like a bit of a miss considering it’s in one of the city’s most sought after neighborhood – so that may tell something about how much the current owners are willing to negotiate.

Price aside, the home really is amazing if you’re into exposed millwork, wood paneling, and historic architectural details. The 6 bedroom, 6 bathroom, is spread across 4,000 sq. ft. and includes many of the original details – including Edwardian cast fireplaces, built in bookcases, and a non-functional sherry  button to the right of the living room fireplace, that would have called to the housekeep in the attic.

The one thing that has been updated is the kitchen, which was fully gutted and now features cook’s quality appliances, and a breakfast nook that leads to backyard. Which is great, since historic kitchen are small and not fun to use.