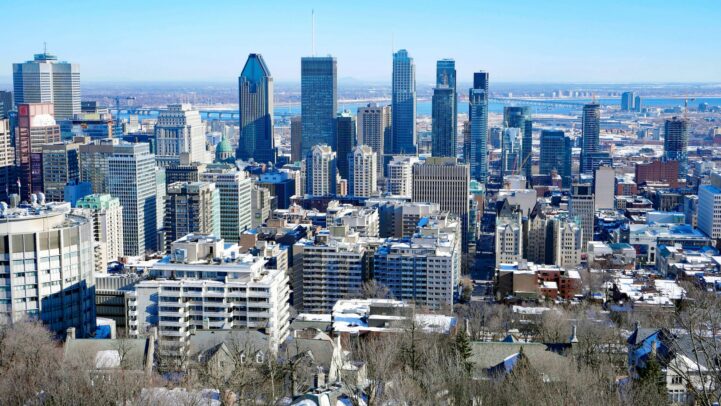 The sales to new listings ratio (SNLR) is one of the ways CREA determines demand for a real estate market. The indicator measures the ratio of home sales to the number of new listings on the MLS. By measuring same month absorption, we get a read on demand  relative to supply. This is how the national trade group determines if a market is “balanced” or not.

Boooring, you just want to know how to read it – we know. When the ratio is above 60%, the market is a seller’s market – meaning prices should rise. If the ratio falls below 40%, the market is a buyer’s market – prices should drop. Between 40% and 60% is when the market is balanced. This is just a guideline, so there are quite a few guidelines. The most notable is fast moving ratios, which may act as the market it’s heading towards. These numbers are a starting point for reading the market, not a comprehensive look. Piece it together with other indicators before making up your mind.

Relative demand for Canadian real estate slipped across the country. The Canada’s SNLR fell to 46.2% in February, down 14.91% from the month before. This represents a 2,4% decline from last year. The country is technically balanced, but sales aren’t growing as quickly as inventory.

Vancouver and Toronto Real Estate Suburbs Are The Biggest Losers

The biggest SNLR drops were observed in Lower Mainland, BC and a Toronto suburb. Fraser Valley experienced the biggest drop with the ratio hitting 38.7% in February, down 24.6% from last year. Vancouver fell to 29.4%, down 20% from last year. Hamilton came in third with a drop to 54.7%, down 8% from last year. All three of these markets have seen massive price growth since 2015, so a drop here wouldn’t be surprising.

Toronto real estate was absent from the top and bottom of the list, once again. The ratio in the city fell to 46.8%, down 1.3% from last year. The market is technically “balanced,” but slipping from last year. That said, the ratio did slip less than the national average, with has gotta be worth something.

Canadian real estate markets aren’t making substantial moves in either direction. Typically a stagnant market, not moving in either direction, is waiting for a change in the macro environment. That is, either an economic boom or recession is likely to decide where the market goes from here.