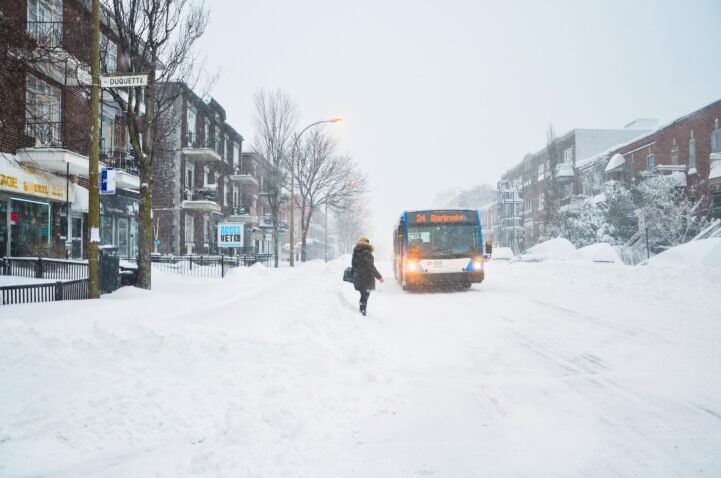 Canadian new home prices are really split on which direction they should be heading. Statistics Canada‘s New Housing Price Index made a minor decline in November. On a national scale, it seems like the country’s markets aren’t doing a whole lot. The scale is being moderated by big markets like Montreal and Vancouver, heading in opposite directions.

Canadian new home prices made a slight decline, on both the monthly and 12-month change. Actually, they’re both the same number – falling 0.10% in November, when compared to the month before or last year. In markets leading lower, cash incentives and lower prices are softening declines.

The 12-month percent change in price for new homes across Canada’s largest cities.

Growth wise, the index has been relatively flat. It’s a few points lower in November, and just off the all-time high from a few months ago. The strength of the index is in smaller cities like Montreal and Ottawa. The weakness is largely concentrated out West, in places like Regina and Vancouver. Yes, it’s weird to group Regina and Vancouver’s markets together – but that’s where we are.

Toronto new home prices made a slight decline last month, taking them a little further from peak. Prices dropped 0.10% in November, and are now 0.97% lower than the same month last year. New home prices peaked in December 2017, and are down 2.29% from that point. Not major declines, but new home prices are currently dropping faster than the national average.

The 12-month percent change in price for new homes in Greater Toronto.

Greater Vancouver new home prices are leading the way lower for the country. Prices dropped 0.56% in November, and are now down 2.76% from the same month last year. New home prices peaked in October 2018, and are currently 3.02% below that level. Developers in the region are currently slowing releases of new home inventory, which could help with the speed of price declines.

The 12-month percent change in price for new homes in Greater Vancouver.

Montreal New Home Prices Are Up Over 6%

New home prices in Montreal are up – a lot. Prices in the region increased 1.09% in November, and are up a massive 6.30% from last year. They’re currently at a new peak, as additional phases of launched projects price higher.

The 12-month percent change in price for new homes in Greater Montreal.

The national new house price index isn’t showing much movement by itself. However, breaking down those numbers – we can see two very distinct markets. Regions that saw robust resale price growth over the past few years (e.g. Vancouver), are seeing new home prices fall. Regions left out of the resale rallies over the past few years (e.g. Montreal), are seeing both new home and resales boom.