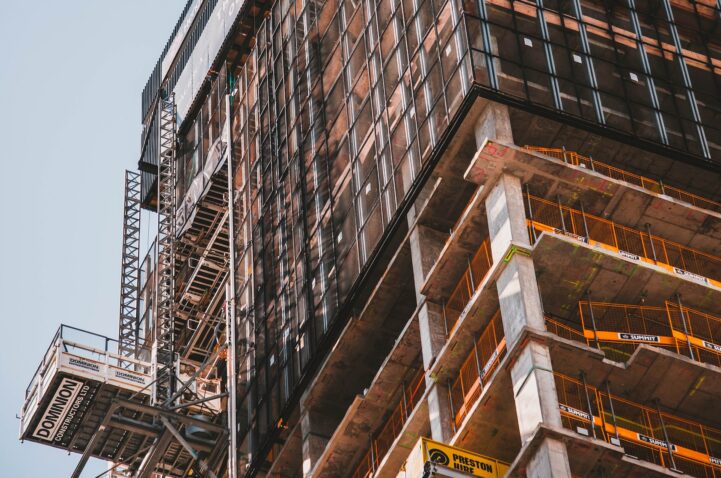 The Canadian economy has been leaning more and more on real estate these days. Statistics Canada (Stat Can) data shows gross domestic product (GDP) was flat in February. Despite the flat growth, real estate advanced and significantly outperformed the general economy.

Who Cares About February?

We know, February was like, totally forever ago – and basically in a different universe. Even more so, it feels like a delayed picture since we’re receiving partial updates for March already. Well, that’s not entirely true if you’re looking for an accurate picture of how markets are moving. GDP numbers take around two months to fully compile. The snapshot Stat Can gave for March is incomplete, and will change as they dive deeper into the numbers. If you want a complete look by industry, you’ll need to look at full GDP numbers.

Now, those numbers were a totally different market – but you need a baseline. If you’re on team “V-shaped” recovery, you have no idea what the beginning of the v looks like, if you skip the data. If you’re team U-shaped recovery, you still need to know how things were before they can drop. In other words, February’s economy is where the government is trying to get people back to. So yes, it is important – even if your cousin Jeff, that thinks the world is run by lizard people, thinks it isn’t.

Canada’s GDP Is Flat From A Month Before

Growth was flat from the month before, but up significantly from a year before that – kind of. Real GDP was flat in February, from a month before. Compared to the same month last year, it was up 2.1% – which seems huge. Until you realize the comparison period is skewed, since last February had an unusual decline. Despite relatively decent growth last year, the first quarter was a bit of a slump. This helps last month look like it had much more impressive growth than it did.

The 12-month change in gross domestic product for Canadian GDP vs. the real estate, rental and leasing segment.

The real estate sector is still one of the fastest growing parts of the economy. The real estate, rental and leasing portion of GDP grew 0.5% in February, from a month before. This is an increase of 5.9% from the same month last year. This was the sixth largest growth for any segment in the month, for both the monthly and annual increase.

Real Estate, Rental and Leasing As A Percent of GDP

The percent of total GDP that comes from real estate rental and leasing.

The increase was large, but the comparison period was a bit of an anomaly. The 12-month increase is the largest uptick since December 2017. Comparing it to February 2019 we get the same issue as the general economy, where even Stat Can noted it was the first decline in a year. A similar trend is seen in a number of other indicators, since Q1 2017 and 2018 were unusually weak for real estate.

The Canadian economy was slowing before the pandemic, and most projections showed that. As it slowed, real estate continued to do the heavy lifting – helping to prevent a negative print in February. The percent of the economy attributed to real estate rental and leasing is now the highest since 2016.