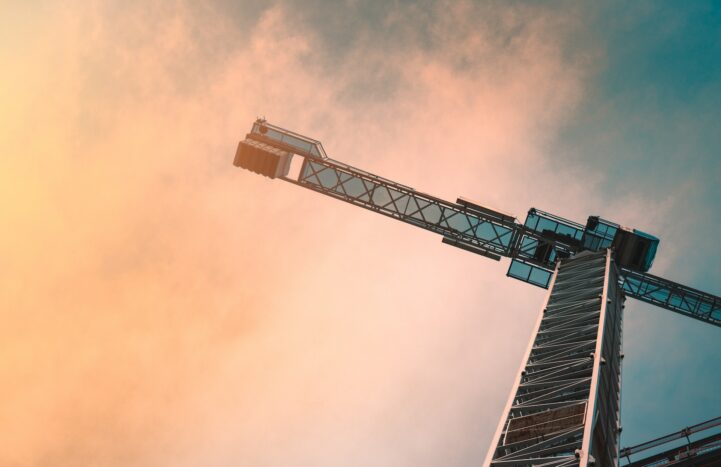 Still wondering if Canadian real estate is running the economy? Just look at the latest job numbers. Statistics Canada (Stat Can) numbers show a small uptick in unemployment, with 24,000 jobs lost in July. However, the weakness didn’t impact the real estate and construction industries. Both sectors are now at an all-time high for jobs, and added over 30,000 jobs to the economy last month.

Canada lost a few thousand jobs last month, the second consecutive decline on a monthly basis. There were 19,030,000 employed across Canada in July, down 24,200 from the month before. This represents a 0.13% decline, but the number is still 1.89% higher than last year. Even though the country experienced job losses for the month, there’s still growth.

The percent of people actively in the Canadian workforce, that aren’t currently employed.

The rate of unemployment made a small uptick, after hitting a record low. The rate of unemployment hit 5.7% in July, up from a multi-decade low of 5.4% in May. This is the third consecutive monthly increase for the rate. The rate remains very low, however it hasn’t historically been able to hold this level for long. The trough, sometimes known as “peak employment,” is often considered unsustainable.

Employment in the finance, insurance, and real estate (FIRE) sector moved to an all-time high. The FIRE sector employed 1,199,100 people in July, adding 5,400 people from the month before. The monthly increase is 0.45%, and the number of employees is up 1.58% from the same month last year. Even though the general economy shed jobs, this sector saw an increase. The year-over-year increase was still lighter than the general economy though.

The number of people estimated to work in Canada’s finance, insurance, and real estate (FIRE) industries.

Construction, another industry closely related to real estate, also reached a record high. The industry employed 1,474,100 people in July, up 25,000 from the month before. That’s a 1.73% increase for the month, with employment in the industry rising 2.67% from last year. Both the monthly and annual increase outperformed the general market.

The number of people estimated to work in Canada’s construction industry.

Canadian real estate is still driving the economy, even with re-sales slowing. Construction and FIRE sectors combined now employ 14.04% of all Canadians, or more than 1 in 10. This number is up 54 bps from a decade ago, and a massive 228 bps from 20 years ago.