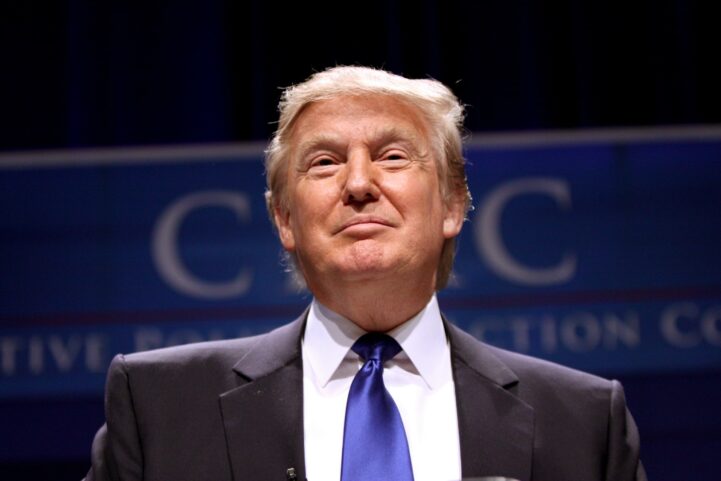 No one saw that coming. Seriously. Now that it’s here, President Trump may provide a boost to Canadian real estate. No, not the dumbs**t you’ve been hearing about Americans moving up here. There’s actual reasons grounded in the typical cycles of the global economy. Trump’s plans will lead to significant inflation, a weaker loonie, and possibly higher real estate prices.

Trump’s Plans Will Cause Inflation

Trump’s platform revolves around tax cuts, public spending, and increasing public debt.  He even highlighted this in his victory speech saying, “We are going to fix our inner cities, and rebuild our highways, bridges, tunnels, airports, schools, hospitals. We’re going to rebuild our infrastructure, and we will put millions of our people to work as we rebuild it.” All awesome things (and unexpected from the Great Orange One), but they’re all contributors to inflation.

This was confirmed by the bond markets yesterday. Just a few short hours after Trump became the president-elect, bond yields soared. Not a little either, the US 30-year treasury rose by 6%. Not clear? Don’t worry, I’ll elaborate.

Bond yields share an inverse relation with the stock market. When the market is erratic, investors flock to bonds for stability, and the yields lower. If investors are bullish on the market (or inflation), bond yields rise as an incentive to stay invested in bonds. The quick spike after the election demonstrates that smart money sees inflation coming soon.

The Canadian dollar always weakens the year after a US election. Well, almost always. Over the past six elections, the US dollar gained an average of 5.75% on the loonie over the year following. There was only two significant events that impacted this trend to higher levels.

After the 2004 election, the Canadian dollar actually gained ground against the greenback. The USD lost 4.13% in 2005, with most of that value being dropped in the fourth quarter. The reason why? The epic US housing crash began to unravel in October of that year. Housing crashes like that are pretty rare, so this is a black swan event.

Another exception is in 2008, where the value of the US dollar soared much higher than usual. In the year following that election, the US dollar gained 22% on the loonie. That year Canada devalued its own currency to prop up the Canadian real estate market. Another event that’s rare, but in our current economic environment there’s more of a chance of seeing this kind of thing pop up again.

The Canadian Dollar Chases The US

You’re probably hella confused how the US undergoing inflation means Canada does too. What most people don’t realize is that 31.5% of Canada’s GDP is based on exports. Of our exports, 74% are to the US. Consequently, any devaluation of the US dollar is usually met with Canada’s central bank devaluing the loonie. This avoids the shock of having almost a quarter of the Canadian economy suffering from a slowdown from loonie sticker shock. It’s not a great plan, but it’s the plan we got.

Yes, this impacts real estate – a lot. Real estate is a special type of investment money managers call an “inflation sensitive asset”. These are investments that appreciate in-line with true inflation, not the ~2% government CPI. A devaluation in currency is more likely to be reflected in the price of property, plus or minus demand. This is why home prices, when priced in something more like neutral like the Chinese Yuan, don’t look nearly as extreme.

Now, this is far from a comprehensive assessment of the future of Canadian real estate. There’s many factors working to bring prices down – stagnating incomes, employment trends, and household debt are three significant ones. A Trump presidency however does provide one factor that can push it higher.