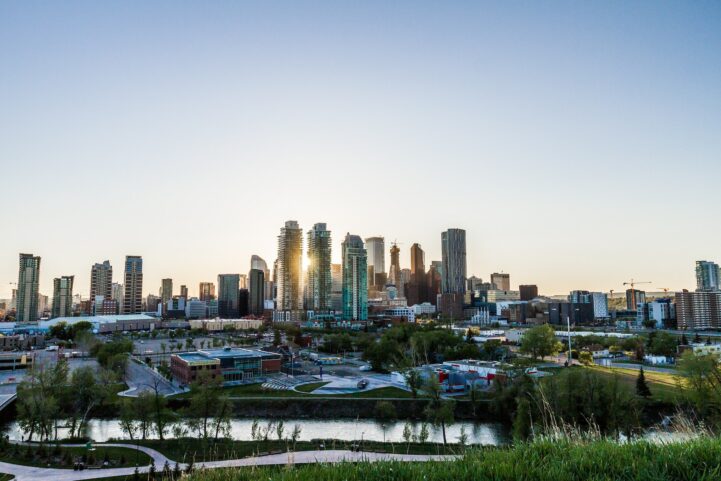 Canadian real estate prices are moving the most in over a year – which doesn’t say much. Canadian Real Estate Association (CREA) data shows the price of a typical home increased in November. Most of the index gains were from markets east of Toronto, which are booming after a slow few years. The drag on the index was located exclusively West of Toronto, where markets are mostly spiraling lower.

Canadian real estate prices are moving higher, driven by movements in Eastern Canada. The typical price of a home reached $638,300 in November, up 2.55% from last year. The rise in prices are coming in just a clip above inflation, which CPI printed at 2.4% in the latest numbers. Last month’s 12-month increase is also the highest observed since August 2018. Not huge growth, but the highest in a long time.

Biggest Gains Are In Southern Ontario and Quebec

The 1 year percent change in the seasonally adjusted price of a typical home, in Canada’s largest markets.

Most of Canada’s large markets are now at peak prices, when they’re seasonally adjusted. Ottawa, Montreal, Niagara, Hamilton-Burlington, Toronto, Guelph, and Victoria all reached a new peak. Some segments, such as detached units, are not printing new all-time highs. Also worth a mention is many of these markets are not at all-time highs for average sales prices.

Markets Furthest From Peak Are All In Western Canada

The percent change from seasonally adjusted peak pricing for a typical home in Canada’s largest markets.

Canadian real estate prices are back to rising, but growth is still low as an aggregate. Breaking it down regionally, we can see that Eastern Canada is seeing prices boom. This is especially true in markets that didn’t see a big jump during the national rally – such as Ottawa and Montreal. In Western Canada, things are still mostly in the dumper – accounting for most of the drag on the index. Yes, dumper is a technical term.