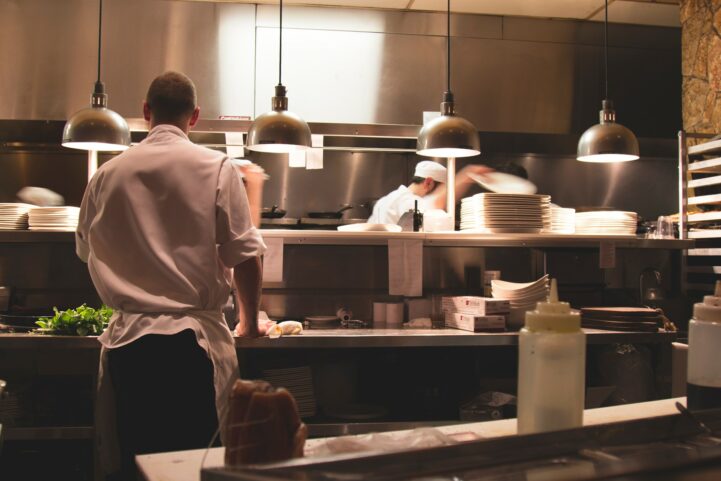 Canada’s restaurant apocalypse is bad, and about to get a lot worse in the next few weeks. Restaurants Canada estimates the industry lost 800,000 jobs in March, and a tenth of restaurants have already permanently closed. The organization is forecasting Canada will lose almost a third of restaurants by month end.

Why Do You Care?

The restaurant industry is one of Canada’s biggest industries by GDP and employment. The industry brings in an estimated $93 billion worth of GDP, about 4% of last year’s total. Accommodation and food service employed 1,215,700 people in 2019 – about 6.38% of the total workforce. Restaurants are a significant part of the country’s economies, and a major contributor to spin-off activity.

The year-on-year change in diners for the Open Table platform in Toronto. This includes phone, online, and walk-in diners.

The restaurant industry was one of the first and hardest hit by COVID-19. Since March 1, the industry estimates over 800,000 jobs have been lost. They also further estimate 1 in 10 restaurants have permanently shut their doors. This means a good portion of those jobs aren’t coming back. The chances of a v-shaped recovery get further and further away, as more permanent losses materialize.

The year-on-year change in diners for the Open Table platform in Vancouver. This includes phone, online, and walk-in diners.

Canada Is Permanently Losing Restaurant Jobs At A Rapid Pace

The industry lobby group is warning this picture is going to get more bleak by the day. Another 18% of restaurants will permanently close by the end of April, if it’s similar to March. The Canadian restaurant industry is expected to lose $20 billion in sales in Q2 as is. This will shed at least 0.86% of Canada’s GDP… in just one quarter.

Canada’s restaurant industry was already squeezed by high rents, and tightening household budgets. The inability to operate is inflicting permanent damage on the industry. Once operating restrictions are lifted, things won’t go back to normal. At least not immediately. Household cash flow is at a minimum, so it’ll take a while to rebuild spending confidence.