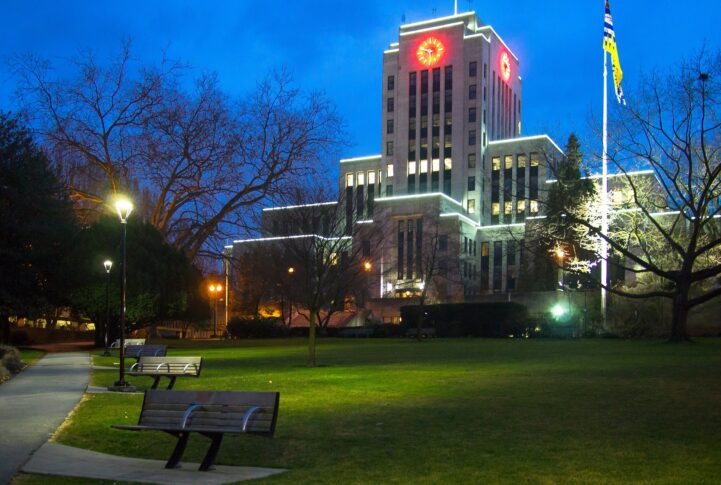 Don’t you just hate when you insert the name of the wrong company in a contract at work? And isn’t it the worst when the company you accidentally inserted is also the branch of a communist government that purchases real estate for the purposes of stabilizing their currency? Never happened to you at work? Strange, because the City of Vancouver did the same thing and brushed it off like it was normal. According to investigative journalist Christopher Wilson, a review of a controversial land swap deal in Vancouver stated that China’s state investment firm was accidentally inserted in a contract, and the city is claiming it was an honest mistake.

Turns out New Yaletown residents didn’t see it as an even swap. The association took the city to court, where they ruled the process of vetting the deal inadequate. The city then hired Ernest and Young to conduct an independent audit at a cost of $170,000. The roughly ~$2,000 a page report had a curious line that stated “It is acknowledged by EY that reports may be provided to China Investment Corp, which disclosure shall be subject to the prior consent of EY, which consent shall not be unreasonably withheld.”

What Is A Sovereign Wealth Fund?

Unless you’re a finance or politics nerd, you probably have never heard of the China Investment Corporation (CIC). CIC is the sovereign wealth fund that manages a portion of the excess foreign exchange reserves of China. In their own words, they “are a financial investment firm that acts on behalf of the State, and manages real estate investments.”

Now, sovereign wealth funds aren’t a problem by themselves. They’re basically just investment firms, so it’s as good as the intentions of the investors themselves. When those intentions aren’t clear however, it can become a little sticky. The US government in particular has expressed concerns about the CIC’s strategic purposes.

Testimony presented to the US Senate noted “export engines like China are using sovereign wealth funds to keep their currencies from appreciating too quickly.” The notes prepared by professor Daniel W. Drezner go on to say “As many economists have observed, these countries are simply converting assets extracted from the earth into a more liquid form. Second, by focusing on foreign direct investment, these governments are attempting to forestall the Dutch disease of rapidly appreciating currencies. Overseas investment via sovereign wealth funds can accomplish both tasks simultaneously.”

A little known US Senator named Hillary Clinton presented concerns when testifying before the US-China Economic and Security Review Commission in February 2008. “You know, you cannot get tough with your banker. You cannot stand up if they have very different interests in the Middle East or in Asia than we do and they basically say, fine, you want us to dump dollars? Do you want us to pull our investments out?” said former Senator Clinton. The annual report to Congress summarizing the testimony noted “There is concern that the Chinese government can hide its ownership of U.S. companies by using stakes in private equity vehicles like hedge or investment funds.”

Clearly some very smart people think it can bring a lot of issues, and transparency is paramount when dealing with sovereign wealth funds.

You know how there’s a whole process to vet contracts, to ensure that mistakes don’t just slip in? Well, apparently it’s not super effective in its current form. Wilson questioned the city and EY to find out why the CIC was named in the contract:

“I think what happened was that I likely had more than one engagement letter open on my computer and inserted that clause into the wrong one.”

Francie Connell, Director of Legal Services for the City of Vancouver said:

I could have guessed what Mayor Gregor Robertson was going to say, but here it is for breadth:

“I’m not familiar with the specific issue.”

No Need To Look Into It

So there we have it. The senior vice president at EY was looking at a contract from the CIC (fun fact, CIC apparently closed their Canadian operations almost two years ago). He “inserted that clause into the wrong one [document],” and the city’s lawyers “knew nothing of that corporation” and left it in the contract. Despite the odd situation, the issue is considered dealt with since it was a simple mistake in their opinion. No independent audit – we’ll just take the word of the people involved that it was a “simple drafting error.” Case closed. Heck, the city doesn’t even feel the need to answer Wilson’s other questions that were brought up after this situation.
Oh yeah, and the land swap was appealed and went through anyway.