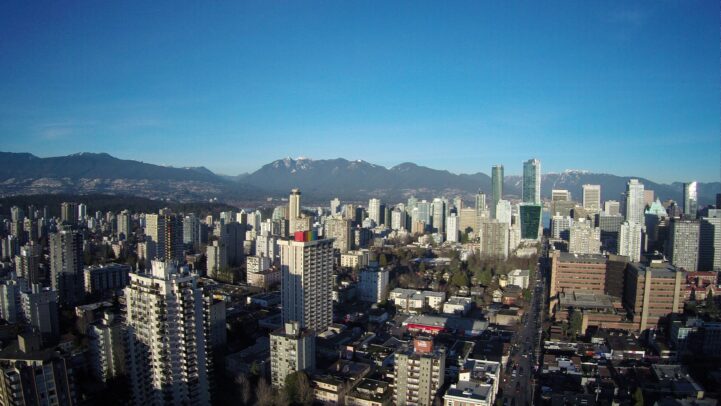 Commercial real estate is making a return to new highs in Vancouver. Altus Group, a commercial real estate data provider, released the first quarter of 2017 stats. Numbers show that the total number of deals are on the decline, but the increased property values sent the dollar volume to a new high.

Total Number of Transactions Down

The first quarter of 2017 saw a rise in commercial transactions. Altus found 498 commercial sales, an 8% increase from last quarter. It’s still down 42% from the record high set in the second quarter of 2016. The firm notes only 5 quarters in history have been above 500, so it’s still pretty decent considering how much land values have increased. 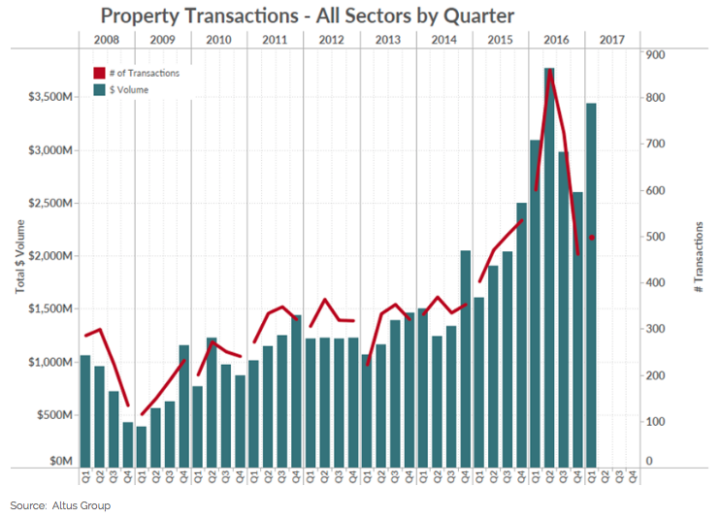 The total dollar value in commercial sales increased for the first quarter of 2017…by a lot. Total sales reached $3.4 billion, an increase of 32% from the previous quarter. This is also a 25% increase from the same quarter last year, and just 9% below the record. The record for commercial real estate investment was in the second quarter of 2016 in case you’re curious. 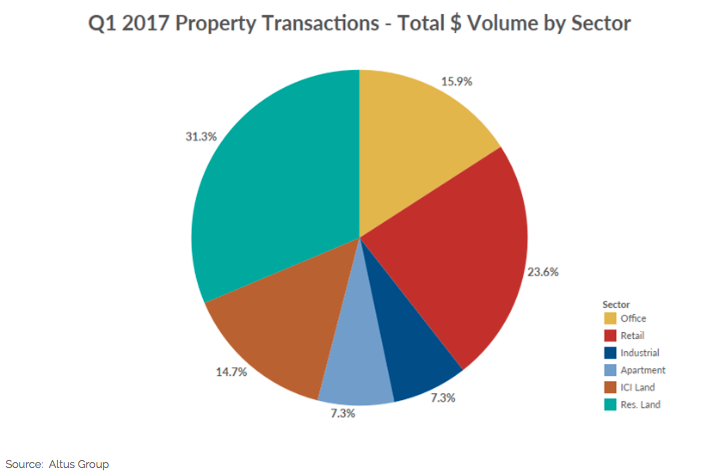 Altus attributes four large deals behind the surge – the Oakridge Centre, Waterfront Centre, Granville Square, and Arbutus Manor. The Oakridge Centre saw a 50% interest of $480 million sold, the other half by share sales. Waterfront Centre saw 50% traded via asset sale, totalling $182.45 million. Granville Square saw a 50% portion also traded via asset sale at $157 million. Arbutus Manor, which is a retirement home but classified as 3.93 acres of residential land, came in at $115 million. These four sales represented almost 28% of the total dollar volume.

The most interesting part in this report is that residential land investment is tapering. Does this indicate a reduced interest from big players in residential land development? Or is this just a pause before hitting full steam in the next quarter?