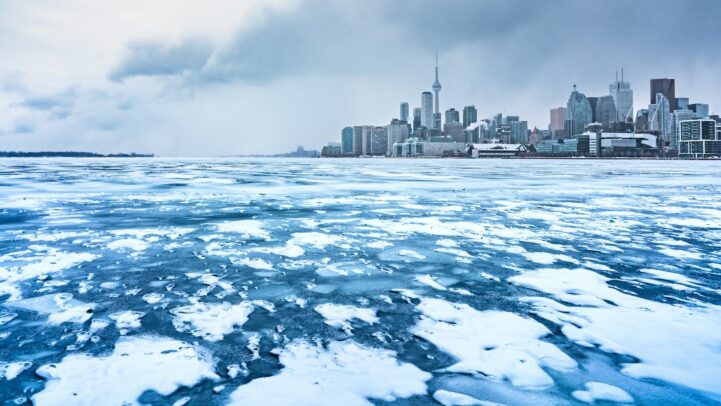 The Toronto real estate market is on fire again, as buyers send prices on a very large monthly climb. Toronto Real Estate Board (TREB) numbers show the composite price index reached a new high in November. The increase in prices for November is one of the biggest in history for the month.

Greater Toronto home prices reached a new all-time high, according to the benchmark. TREB reported the composite benchmark hit $815,800 in November, up 6.83% from last year. The City of Toronto reached $903,700, up 6.99% from last year. This is an all-time high for the composite, but detached units haven’t returned. Instead, this is largely led by condo apartments, which are increasing nearly double digits once again.

Home prices in the suburbs and the City are making substantial movements. Both regions are seeing growth higher than the month before. Most notable is the unusually large increase from October to November. This was the second largest monthly increase for November in the history of the benchmark, with only 2016 beating it.

Greater Toronto home sales made a big jump from last year. TREB reported 7,090 sales in November, up 13.42% from last year. The City of Toronto represents 2,718 of those sales, up 6.04% from the same month last year. Even with the big jump, sales still fell 3.85% below the 5-year median volume for the month.

The total home sales across TREB by year, for the month of November.

The total of active home listings across TREB by year, for the month of November.

Toronto real estate prices made one of the largest climbs accorded to the benchmark. This comes after a big rise in sales, and lower than usual inventory. It’s almost like the government promising to add more money to the market caused buyers to jump in… and/or sellers to delay for a bigger reward.