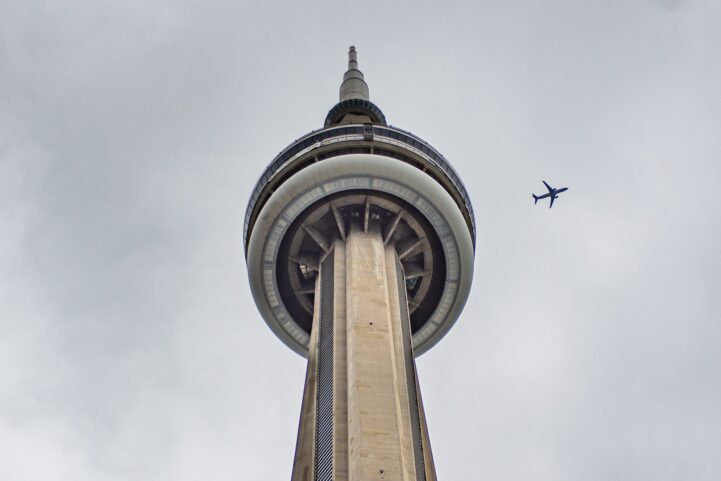 Greater Toronto real estate is seeing a big jump in sales, and it’s mostly people fleeing to the burbs. Toronto Regional Real Estate Board (TRREB) data shows it was the most sales for July in at least a decade. The increase in sales was primarily driven by a surge in the 905, where inventory is falling behind demand. The City on the other hand, is seeing new listings grow at three times the pace of sales.

The price of a typical home, all types included, made an usually large increase during the pandemic. The TRREB benchmark price reached $880,400 in July, up 10.01% from the same month last year. The City of Toronto reached $967,900, up 9.06% over the same period. This isn’t just unusual during a pandemic, it’s an unusual trend for the history of Toronto real estate prices.

The rate of growth is larger than the month before, but the increase was so large it bent the trend line. The size of monthly increase doesn’t exist in the benchmark price stats prior to 2015. The movement was so abrupt, it actually looks like a misplot on the trend line.

The Median Sale Price Is The Same Across The Board

The average sale price had an even bigger jump as well, as absorption distribution made a major shift. The average sale price across TRREB reached $943,710 in July, up 16.97% from the same month last year. In the City, it reached $1,017,320, up 21.11% from a year ago. The substantial jump is largely due to booming demand for detached homes, which saw sale volumes rise more than 4x the rate of condo apartments.

Speaking of sale volumes, Greater Toronto real estate sales saw a major increase in home sales last month. TRREB reported 11,081 sales in July, up a massive 28.92% from the same month before. The City of Toronto represented 3,577 of the sales, up 15.01% over the same period. Last year was an unusually slow year, so a little growth wouldn’t have been surprising. The biggest July in at least a decade is a little more surprising. Most of this growth was due to detached homes in the suburbs.

The total home sales across TREB by year, for the month of July.

New Listings Are Soaring In The City, Not Keeping Up In The 905

Greater Toronto real estate also saw a surge of new inventory last month. TRREB reported 17,956 new listings in July, up 24.75% compared to the same month last year. The City of Toronto represented 6,930 of those listings, up a massive 45.52% compared to last year. The suburbs didn’t quite increase as much as sales, but the city’s jump in new listings grew three times faster than sales. Basically, there’s a lot more pressure on prices in the suburbs than there is in the City, which is actually seeing pressure released.

The new listings trend also amplified the total inventory trend, which is seeing more inventory in the city. TRREB reached 15,018 active listings in July, down 16.28% from last year. The City represented 6,129 of those listings, up 16.41 over the same period. The suburbs are seeing much tighter inventory, while the City is seeing inventory starting to loosen up.

The total of active home listings across TREB by year, for the month of July.

Greater Toronto is following a current North American wide trend – flight to the suburbs. There’s been a surge of real estate sales, and this is due largely to the detached suburban segment. Suburban inventory is becoming significantly tighter than last year. Meanwhile in the City, sales are rising – but not as fast as inventory, which is growing at three times the pace. It’s important to remember year-to-date sales are down, so this may be a demand lag from pandemic months. The rally may disappear as demand catches up, but in the meantime there’s still a lot of pressure on prices – especially in the suburbs.