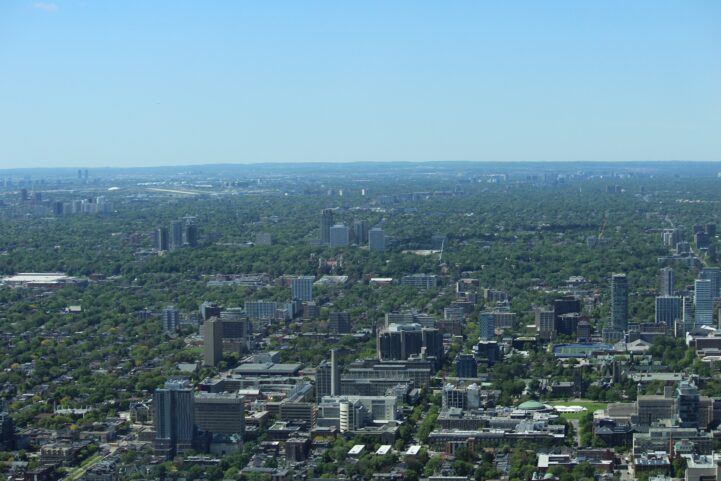 Greater Toronto’s detached real estate market is seeing a few indicators improve. Toronto Real Estate Board (TREB) data shows detached sales made a double digit surge in August. The rise in sales was accompanied by higher prices, and less inventory than last year. Most of the action is now being driven by the 905, with the City of Toronto moving at a much slower pace.

The growth rate improved from last year, but it may not be exactly what it looks like. Both TREB’s 3.07% and the City’s 2.95% are higher than the month before. However, the rise is due largely to the fact that prices didn’t make as large of a seasonal decline. Prices across TREB are still down 10% from the peak reached in May 2017.

The average sale price of detached homes across Greater Toronto didn’t move a whole lot over the past year. TREB reported an average sale price of $978,920 in August, up 0.17% from last year. The City of Toronto reached $1,246,392, up 0.17% from last year. Averages aren’t adjusted for size or quality, so they’re much more volatile. This number is best used to understand dollar flow.

Greater Toronto detached real estate sales made a very large climb last month. TREB reported 3,618 sales in August, up 20.55% from last year. The City of Toronto represented 669 of those sales, up 8.07% from last year. Sales for the month were actually 2.78% higher than the 10-year median. Growth in the 905 is massively outpacing that of the City, although 8% is far from slow growth. One note to keep in mind is the year started slow, so much of the demand is being squeezed a little later than usual.

The total number of Greater Toronto detached sales made in the month of August.

Detached Inventory Falls In The Suburbs, Rises In The City

The detached market is improving with rising prices, more sales, and tighter inventory. However, these metrics are being largely driven by improvements in the suburbs.