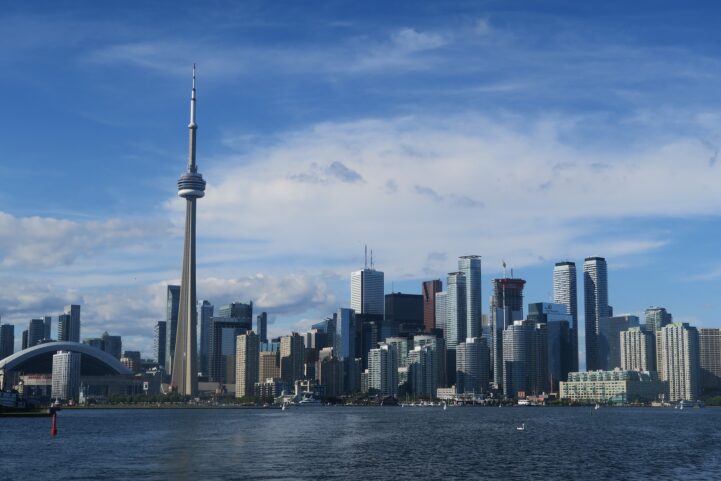 Toronto condo prices just keep ballooning, although less than they have been recently. Toronto Real Estate Board (TREB) numbers show the price of a typical condo reached an all-time high in June. Some of the pressure to move higher is finally being released though, as sales fall faster than inventory.

The price of a typical condo hit a new all-time high across Greater Toronto. TREB reported a benchmark price of $502,400 in June, up 7.52% from the year before. The City of Toronto’s benchmark price rose to $529,300, a 9.10% increase. The city continued to outperform the suburbs on both monthly and annual increases.

Source: CREA, Better Dwelling.
The annual rate of increase continued to taper, but was still massive. Last June TREB saw an annual price increase of 30.6%, which tapered down to this month’s 7.52%. The City of Toronto was at 32.6% last June, tapering down to this month’s 9.1%. In contrast, the median rate of price growth over the past decade has been just a touch over 5%. Even with the taper down to single digits, the gains are likely to come down further.

Condo sales continued to fall across Greater Toronto. TREB reported 2,234 condo sales in June, a decline of 5.3% from last year. The City of Toronto represented 1,593 of those sales, down 6% from last year. Declining sales don’t mean a lot in the context of prices, unless contrasted with inventory, so try to reserve your judgement for a bit.

Toronto Condo Inventory Rises In ‘Burbs, Falls In The City

The total number of active condo listings didn’t fall anywhere near the new listings. TREB reported 4,005 active listings, an increase of 2.5% from last year. The City represented 2,584 of those listings, down 4.57%. This is the highest levels of condo inventory across TREB since August 2016, and it’s still not a huge amount. Sales are still falling faster than inventory, releasing some of the pressure to see prices rapidly rise.

Source: TREB, Better Dwelling.
Toronto condo prices hit an all-time high, but there may be some relief on rising prices soon. Sales fell faster than inventory, and the benchmark continues to see tapering growth. Rising interest rates are likely to be a drag on growth as prices push higher as well.