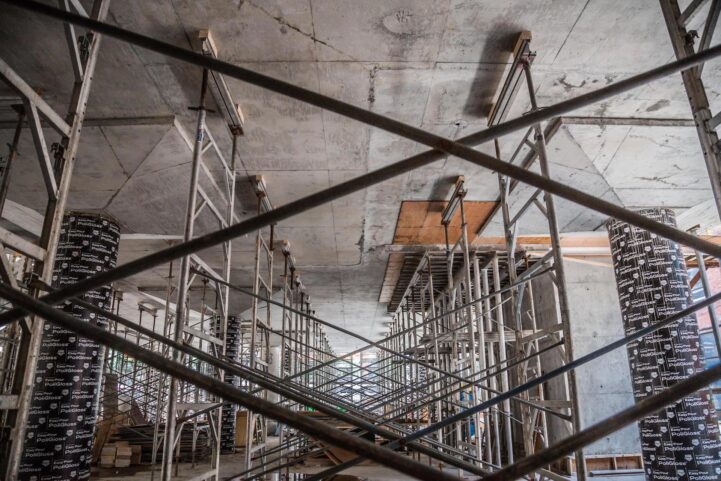 Greater Toronto new home sales finally got the pandemic message last month. Altus Group data shows sales made a dramatic drop in April. The segment had bucked the slowing market in March, but is now finally responding. The result has been a mixed movement for prices.

The Altus benchmark price for new homes increased, but with some confusing metrics. The benchmark for a new single-family unit reached $1,117,955 in April, down 0.2% from a month before. The condo apartment benchmark reached $984,369, up a massive 29.8% from last year. Detached prices are still about 10% lower than peak, while condo apartments are at a new high.

The rate of growth is deceivingly high for condo apartments, due to the comparison period. In March, condo apartments printed a 12-month price increase of 25.9%. The jump to 29.8% sounds huge… until you realize prices increased only $1,236, or 0.12%, from the month before. Prices increased less than a mortgage payment, but 12-month growth increased 4 points. To contrast, single-family homes increased $2,086, or 0.19%, from a month before. The 12-month rate of growth went from -0.1% in March, to -0.2% in April. Much less comparison period distortion, and since the monthly increase was less than seasonal, a bigger annual decline.

The Worst April For Greater Toronto New Home Sales Since 2000

Greater Toronto new home inventory took a dip last month. There were 13,851 units available in April, down 0.58% from the previous month. This represents a decline of 24.25% compared to the same month last year. A sharp decline in inventory, but this is primarily due to launch delays. Who launches a project in the middle of a pandemic?

Greater Toronto did see sales fall much faster than inventory though. The sales to active listings ratio (SALR) fell to just 5.57% in April, down from 26.77% a month before. Last April, it was sitting at 21.07%. The market is considered a buyer’s market below 12%, when prices generally drop. It’s considered a seller’s market above 20%, when prices generally rise. Between 12 and 20%, and the market is considered balance. According to the indicator, prices may be a little soft if it maintains this level over the next few months.

The ratio of sales to active listings for new homes in Greater Toronto, for the month of April.

Greater Toronto new home sales look bad, but the market is mostly frozen. Don’t expect typical movements based on historic metrics just yet. Although the longer the market stays like this, more long-term damage could be felt. Expect delays for new inventory, and even some cancelled projects.