Toronto real estate prices mapped by city ward. This one shows the percentage increase of detached homes from May 2015 – May 2016. 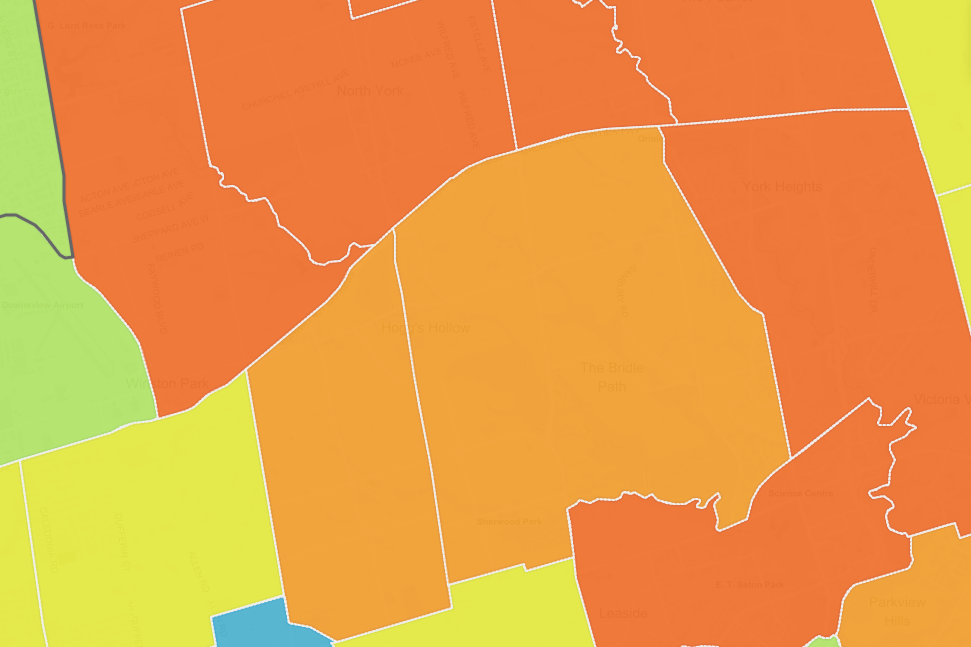 Toronto’s real estate market set another record in May 2016, with 12,870 homes being purchased at an average price of $751,908 – a whopping $102,260 over the May 2015 average of $649,648 according to the Toronto Real Estate Board (TREB). To put that into perspective, the average property price increased more than a whole year income for the average family in the GTA.

According to TREB of those 12,780 transactions, 6,500 of them were detached properties – which demonstrates a much stronger demand for a detached vs condominiums and townhouses. A little further digging reveals that of those only 25% of them were located within the 416 area, which might be a slight explanation for the price bump since that’s pretty scarce inventory for such a hot market. This forced the average buyer in Toronto to pay $1,285,693, and gave neighborhoods like Don Valley East a 29%(!) increase year over year. Astonishing to say the least.