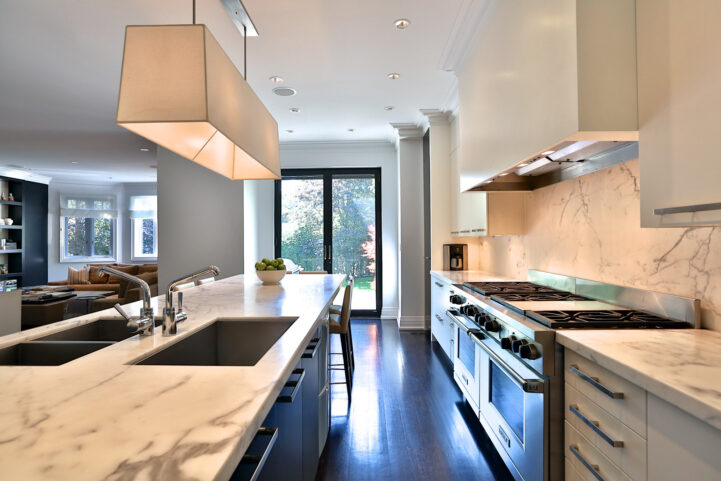 Despite looking like a slick new mansion, 157 South Drive (better known as “Evenholm” to history buffs) is almost as old as Rosedale itself. It was built in 1906 by Edgar Jarvis (yes, that Jarvis family) as his third residence, and designed by his architect son Beaumont. Turns out it was a pricey place even then, since Edgar died one year later having exhausted his funds. It’s currently listed with Jimmy Molloy for a whopping $9,980,000, so hopefully it’s new owner doesn’t suffer the same financial fate.

Despite the massive price tag, this place does come with a lot. It’s been masterfully restored inside, kitted out with the latest tech, and now looks like it’s fresh out of an architectural magazine. The 6 bedroom, 9 bath home has a sumptuous master bedroom has built in storage, a seating area, and a master ensuite bathroom with a killer tub and direct access to the walk-in closet. The other 5 bedrooms aren’t quite as sumptuous, but they all pretty large.

The kitchen is something straight out of your wildest Pinterest dreams – a massive marble island, eat-in area with a view of the backyard, two Wolf ranges, and a wall of luxury fridges. Speaking of that backyard, it’s a little (more like a lottle) larger than the rest of the neighborhood because it’s the neighbors house! Well, it was. The neighbor’s mansion at 80 Elm Street was purchased and knocked down to extend the backyard and build parking for the house.