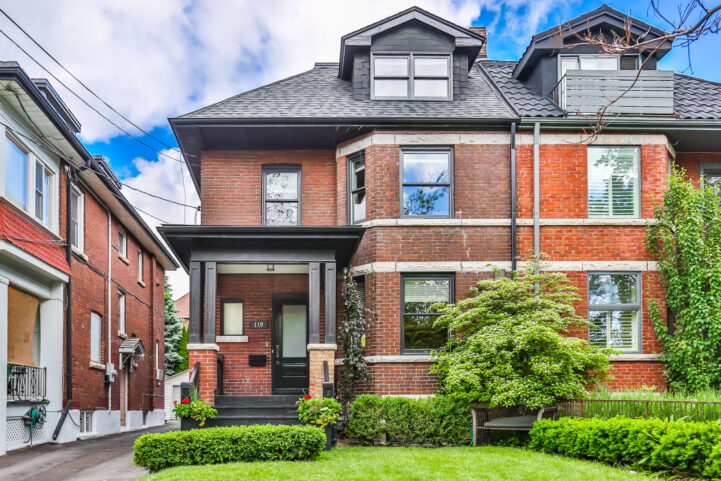 110 Pricefield Road is a semi-detached in Rosedale, that had a major renovation in 2011…because of a fire. The upside is Toronto Fire Services was able to save the physical structure, so it still retains that charming Victorian brick. It’s currently listed for sale with Chaim Talpalar at $2,188,000. It last sold in 2013 for $1,550,000 – after a triple price drop.

Not exactly sure why it didn’t do so well last time, but one reason that would deter me is being located only ~5 doors from a transformer, something notably missing from the ad. The World Health Organization claims there might be “a weak but consistent association” to childhood leukemia. Although other studies claim they’re less harmful than the appliances already in your house. So I guess it depends on what side of that thought process you’re on. Anyhow, on with the show!

The 5 bedroom, 5 bathroom was stripped down to the brick in 2012, and it had a few upgrades put in last year – so you won’t have most of the traditional quirks of owning a Victorian era home. No knob and tube, no ancient water heater, or dated boilers.

Instead there’s an open concept layout that runs thoughout the main floor – combining the chef’s  kitchen, dining, and living room into a massive space for entertaining. Which is great, because the chic deck in the backyard will have your friends suggesting get togethers at your place during the warmer weather.