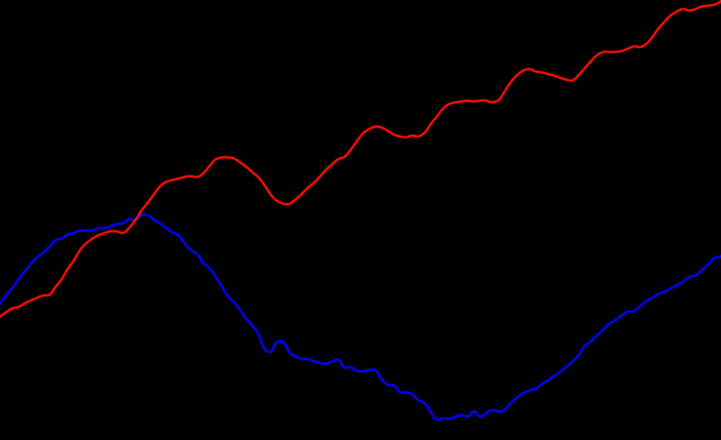 Sometimes a single chart says it all. Unfortunately my editor won’t allow me to just publish a chart and say “look at it!” (I checked, it was a hard no). So today we’re going to look at just how runaway Canadian prices are in contrast to the great US bubble.

Canadian real estate prices soared with the US throughout most of the mid 2000s. Then in March 2007, both markets diverged. Canadian markets continued to rise at a similar rate for the next 9 years, while the US crashed. But in reality, when you look at the data, we’re not all that different from our friends below the 49th after all.

Some Canadians think our situation is different because the cities that are rising rapidly here are in demand, like Toronto and Vancouver. Whereas, in the US, the cities that were hit hardest were places like Scottsdale and Orange County. Well it turns out that almost all of our smaller cities have also seen price increases. Regina for instance has increased 34% since 2008. Now we’re sure Regina is beautiful, but it isn’t exactly a city in demand.

One of the primary reasons for the US housing crash was subprime mortgages. Critics of the US often say we don’t have “subprime mortgages in Canada”, and they’re right – they’re called “non-prime” in Canada. They’re pretty much the same thing though.

While you may not know it – the industry is much, much bigger than you would think. Home Capital Group operates one of the largest non-prime Canadian lenders, and their mortgage portfolio is more than 20% the size of the mortgage portfolio at Bank of Montreal. While default rates have been low at Home Capital Group, short sellers have begun to question the accuracy of those numbers.

An estimated 84% of all subprime mortgages in the US were by private lenders. Not to be outdone, we have private lenders too – with up to 18% interest on those loans. The bustling Canadian industry isn’t spoken about often, but it’s very real. In Canada, private lending is a largely unregulated industry that doesn’t provide many statistics unfortunately. This means those Bank of Canada default rates don’t include their numbers either.

On the topic of default rates, Americans were “driving up to the banks” and dropping off their keys in 2007. At least, that’s the story we were fed by news outlets. In actuality it wasn’t until 2010 that default rates peaked at 11.13%. That’s right, a full three years after the crash – mostly because people don’t default until liquidity options are limited.

Unless we had a secret influx of millionaires (that weren’t imported), most of the issues are quite similar. It’s also hard to make an argument that our economy is doing substantially better since we have stagnating income, the highest debt load of any country in the G7, and a lack of industry development. That or Canadian real estate just keeps going up for all of perpetuity, until Moosejaw is the new Manhattan.