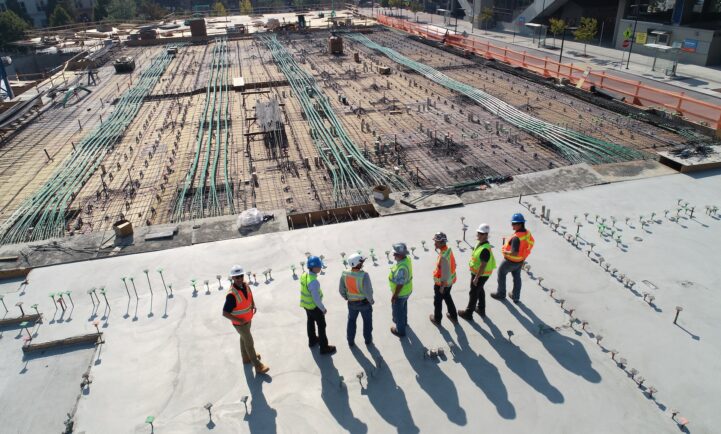 Canada’s job market is improving, largely due to Canadians making their own jobs. Statistics Canada (Stat Can) numbers show the unemployment rate fell in September. The vast majority of the jobs gained were from self employment. Real estate is still growing slightly faster than general employment across Canada. BC is a notable exception, where the industry is growing more than 5x faster than the province’s general job market.

Canadian employment is once again seeing numbers improve, on a seasonally adjusted basis. Employment increased by 54,000 jobs in September, bringing job gains to 456,000 (+2.4%) jobs over the past 12-months. The rise in jobs, dropped the rate of unemployment by 0.2 points, down to 5.5% in September. Most of the employment increase was due to rising self-employment. The vast majority of the increase in jobs was also concentrated in Ontario, and Nova Scotia.

The percent of people actively in the Canadian workforce, that aren’t currently employed.

Ontario represented the bulk of last month’s employment gains. The province saw a net increase of 41,000 jobs in September, or 76% of the total. The province’s unemployment rate fell 0.3 points to 5.3% in the month. Compared to the same month last year, employment grew by 253,000 jobs, about 3.5%. The province’s job market didn’t just provide most of September’s gains. More than half of jobs in the country were created in Ontario over the past year.

British Columbia is seeing gains to employment, but they’re lagging the rest of the general economy. The province shed 8,400 jobs in September, bringing the total net gain over the past 12-months to 33,400. That’s a 1.3% increase in jobs, less than half the rate of job growth in Ontario. Things are still improving, but at a much lower clip than they should be.

Finance, insurance, and real estate (FIRE) sectors took a hit last month, but still continues to overperform. The FIRE sector lost 3,000 jobs in September, compared to the month before. That brings FIRE sector jobs to 1,218,500 jobs at month end, up 2.7% from last year. Jobs were lost, but the industry’s growth still outpaces general employment.

The number of people estimated to work in Canada’s finance, insurance, and real estate (FIRE) industries.

Ontario was a big leader on the way down in this sector, but still retained more than half of the annual growth. The province lost 4,600 FIRE sector jobs in September, but is still up 17,200 jobs from last year. The total number of people employed in the sector just hit 590,500, up 3.0% for the year. That is, Ontario’s FIRE sector is starting to lag general market growth.

British Columbia is back to seeing the FIRE sector, well… on fire. The province made saw a net increase of 3,100 FIRE sector jobs in September, bringing the total 12-month increase to 10,400. The number of jobs in the sector are now up 6.9% from the same month last year. In case you missed it, BC’s FIRE sector employment is growing at more than 5x the pace of the general job market.

The Canadian job market is improving, especially in the real estate sector. Growth in the FIRE sector is outpacing the general market, across Canada. Especially in BC, where it’s back to moving at a breakneck speed. One thing to watch out for is the self-employment number, which is sus as heck.