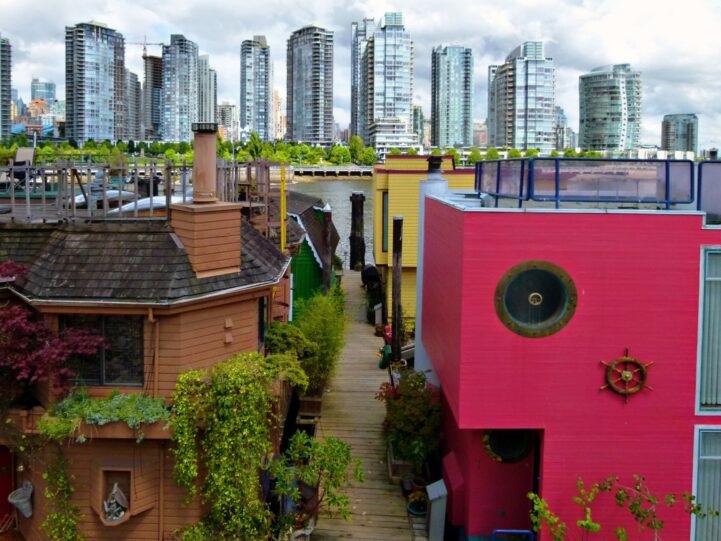 Vancouver real estate fetches a premium largely due to the assumption that business in the region is booming. Unfortunately, there aren’t a lot of data points to figure out if a region is experiencing growth and how that impacts the direction of real estate prices. So we thought we’d put together an experimental indicator to track this using Gross Domestic Product (GDP) per square kilometer. GDP and real estate values are tightly intertwined, so measuring the direction of the two combined may help to give some insight to where prices are heading.

Why is Vancouver more valuable than Squamish? The business that’s being done on the land. Typically land is only as valuable as the resources on it, so measuring the growth of output should yield some insights on the direction of raw pricing.

Quantitative finance professor Nuridding Ikromov observed that a real estate crash is linked to a 4% decline in GDP. Whether GDP crashes before real estate, or real estate crashes before GDP is a bit of a mystery. But as long as both are moving in the same direction we can at least conclude both measures support (or don’t support) the market. At the very least, we can compare it to cities with similar output to see how out of whack, or undervalued prices may be.

GDP Per Square Kilometer Grew An Average of 3.2%

Since we know from Professor Ikromov’s work that GDP and land values are connected, a drop in GDP estimates can be an important future indicator. If regional GDP growth stalls, and prices continue to head north – it would be highly questionable growth. Afterall, how would people that actually work in the city continue to pay higher premiums?

Likewise, the opposite might be true. If the output of land is growing, the amount of money entering the city may be able to support prices moving higher. Looking for a change in direction or flatlining of GDP estimates, might be the next early warning indicator.