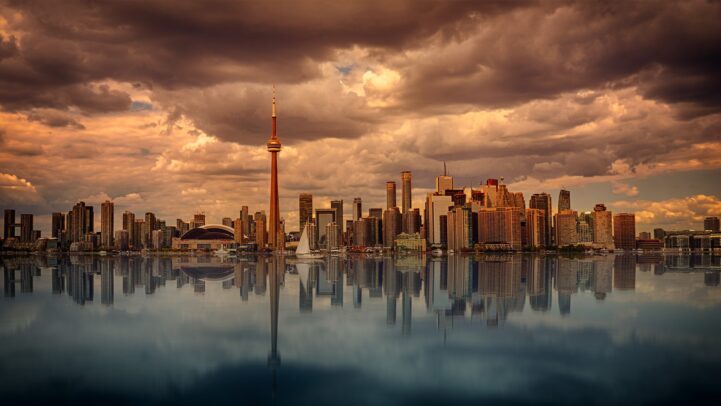 Toronto real estate prices are split on where they should be heading. Toronto Real Estate Board (TREB) numbers show prices fell in May, but the city remained positive. The softer prices were largely due to declining sales, leaving more inventory unabsorbed.

Greater Toronto Real Estate Prices Are Down Over 5%

The benchmark price across Greater Toronto continues to see price gains fall. TREB reported a benchmark of $722,400, down 5.4% year over year. The City of Toronto reported a benchmark of $839,600, up 1.01% year over year. Prices in the city are being held up by higher condo prices, and dragged lower by falling detached prices. Despite the positive number, it’s currently lower than CPI’s 2%. So real (inflation adjusted) gains are looking negative so far.

The price growth taper shouldn’t be a huge surprise considering the massive gains last year. TREB reported year over year gains of 28.46% last May, so a few negative years to balance the market is realistic. The 1.01% rise is actually pretty high, considering the balance needed.

Greater Toronto Real Estate Median Sale Prices Are Down Over 4%

New Listings Are Down Over 26%, But Inventory Is Up Over 13%

The number of active listings, which are homes available for sale at month end, didn’t see that huge decline. TREB reported 20,919 active listings in May, a 13.21% increase compare to the same month last year. The City of Toronto represented 5,797 of those active listings, a decline of 0.54% year-over-year. The city is doing better the burbs with inventory, but its less than a point lower than last year. Last year around this time, TREB saw active listings leap higher.

Declining sales are leaving more inventory to build, especially in the suburbs. The seasonal month over month climb may sound encouraging, but at this point it’s a routine seasonal movement. Greater Toronto prices are so far charting a reaction rally, which is when prices retrace the movement at a lower level.